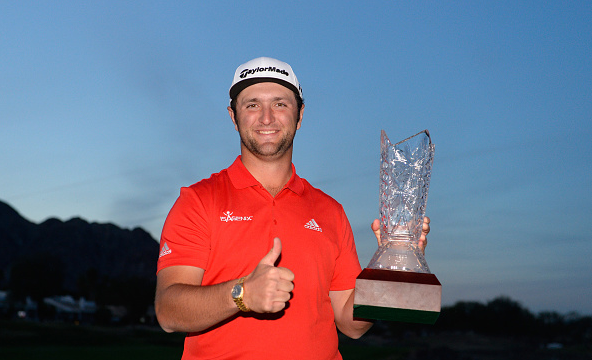 Jon Rahm fired a bogey-free 5-under 67 at the Stadium Course, and beat Andrew Landry on the fourth playoff hole to win the CareerBuilder Challenge. 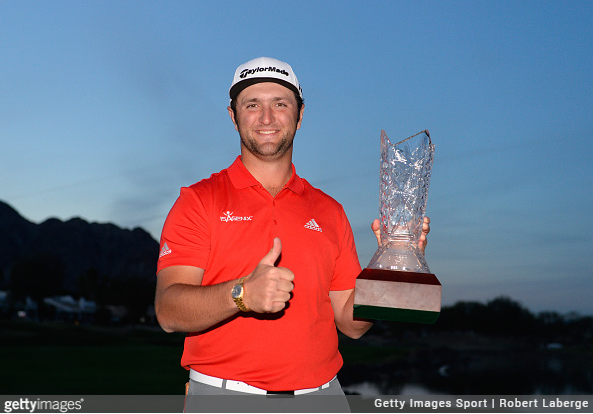 The 23-year old Spaniard, who started the day two back of 54-hole leader Austin Cook, finished his final round at the PGA West Resort with seven birdies, including two-straight on hole Nos. 13 and 14, to reach 22 under.

Landry, who was in the day’s final pairing with Cook and Martin Piller, made a clutch birdie on the 18th to sign for a 68, and force a sudden-death playoff.

In overtime, the two finalists matched pars over the first three holes, but on the fourth hole, Rahm holed a five-foot birdie putt to win his second PGA Tour title.

“It’s an incredible feeling,” said Rahm, who will defend his maiden title this week at Torrey Pines. “I had a good feeling going into today and to play the way I did and gave myself a chance, obviously props to Andrew, to birdie 18 from the right rough, having to birdie it, it’s, I mean it’s a heck of an accomplishment.”

The win earned Rahm a first-place prize of $1,062,000 and 500 FedExCup points, while moving to No. 2 in both the FedExCup standings and world rankings.

“To think of being No. 2 in the world, it’s hard to believe,” said Rahm, who supplanted Jordan Spieth the World No. 2. “You dream of doing those things, you want to do them, you believe in yourself, but to get to where only Seve, Ollie and Sergio have gotten, coming out of Spain, and now me, at the age of 23 it’s, to me it’s beyond belief.

“It’s a huge accomplishment not only for me but for Spain.” 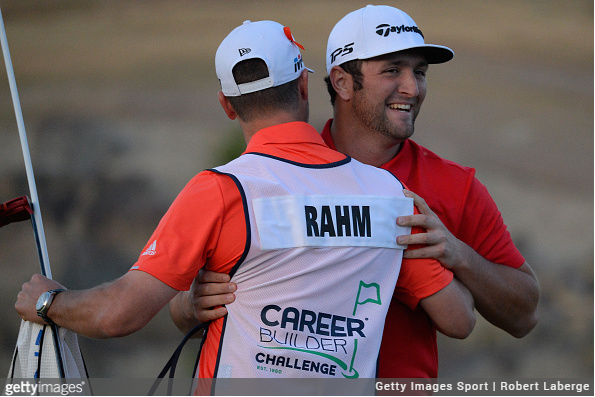 “I’ve been playing well all year, had a great season last year and I’m rolling it over right into this, into the fall and now starting the year out,” said Landry.

“So second place finish, we’ll take it and move on next week to Torrey Pines, it’s obviously a great course for me, I’m driving the ball really well, I’m doing everything really good, so we’ll try it again next week.”

Cook, the 54-hole leader, shot 75 to finish 16 under, plummeting from first to T14. The day’s low round belonged to Sam Saunders, who closed with 8-under 64 to finish T6.

“I love California. It’s pretty simple. For obvious reasons I think a lot of golfers share the same thing. The main reason why I don’t live in San Diego or in California is taxes, to be honest. I love Phoenix, but San Diego is probably my favorite spot in the world. I go there as much as I can.”
– Jon Rahm