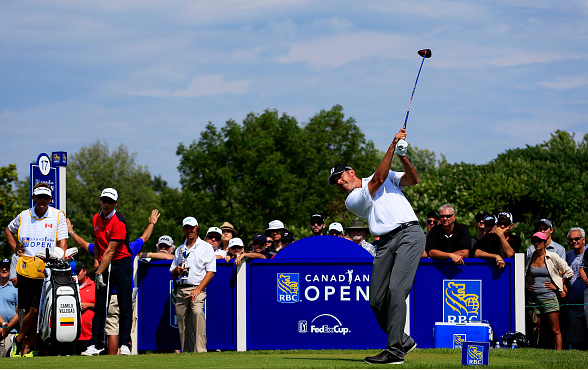 With a spot in the PGA Tour schedule which immediately follows the British Open, and precedes both the WGC-Bridgestone and PGA Championship, the long-running RBC Canadian Open finds itself with the worst possible date.

So it’s no surprise that the field up north is one of the weakest you’ll find during the regular season. (Although the three tournaments prior to the British Open – Quicken Loans, John Deere and Greenbrier – were nothing to write home about, either.)

With the table (somewhat) set, here are the 5 Power Picks for the 2017 RBC Canadian Open.

DJ is the best player in the field by a lot, although he’s struggled since his slip down some stairs in Augusta, especially as of late. In only two appearances at Glen Abbey, DJ has two runner-ups (2013, 2016). The next three weeks are big for the world No. 1.

Kuchar enters off a runner-up to Jordan Spieth at The Open Championship. The 39-year-old is having another extremely solid, under-the-radar type season. Kooch has finished in the top 10 in last three starts (2013, 2015, 2016) at Glen Abbey, including runner-up in 2013 (with DJ).

Hoffman is in the midst of a superb season with solid finishes at all three majors: T20 (Open), 8 (US Open), T22 (Masters). Additionally, he’s finished in the top 5 in three other events with strong fields (Travelers, Genesis, and Bay Hill).

After struggling for much of last season, and into the new one, Lee has been enjoying a nice bounce back second half of the season with four (4) top 10s in his last seven starts.

Hahn struggled at Royal Birkdale, after being a last minute add to the Open field. But before that he had two top 10s and a top 20 in his five most recent starts.