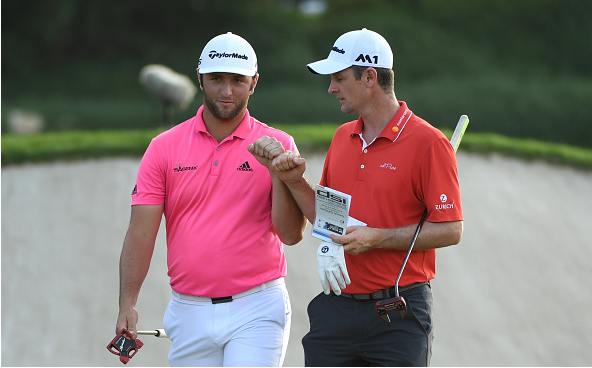 Justin Rose fired a bogey-free 7-under 65 and will take a one-shot lead into Sunday’s final round of the DP World Tour Championship with the Race to Dubai set for a photo finish at Jumeirah Golf Estates. 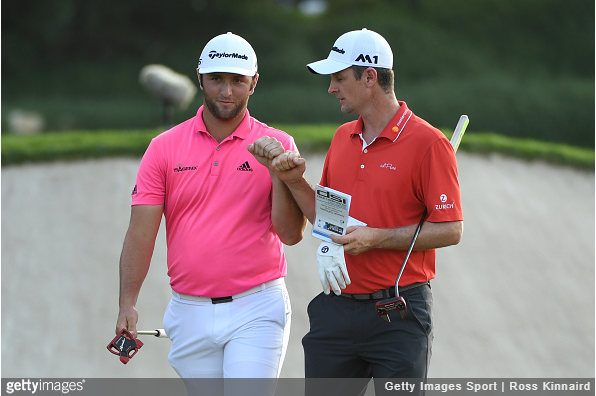 The Englishman, who has wins in his last two European Tour starts, entered the season finale knowing a victory would see him overtake Tommy Fleetwood in the season-long race to be crowned Europe’s No. 1.

After an opening-round 66, Rose moved into the projected top spot, but a second-round 70, coupled with a 65 from Fleetwood, dropped the 37-year old back to No.2.

“I know what I need to do to stay at the top of the leaderboard,” said Rose, who now holds the pole position in the Race to Dubai. “But if I slip up tomorrow, he’s (Fleetwood) right there. He’s done everything he needs to do on his end, so it’s a lot of fun.

“An opportunity, that’s the way I’m going to look at it. Don’t see much pressure on myself tomorrow. This is going to be a day just to go for it really and play well.”

One off the lead is Spaniard Jon Rahm (65) – Rose’s playing partner on Saturday, and South African Dylan Frittelli (63), who will join the 54-hole leader in Sunday’s final pairing after posting the day’s low round.

The suddenly-hot Fleetwood posted a second-consecutive 7-under 65 and will enter the final day just two shots behind his compatriot. Dean Burmester (65) and Kiradech Aphibarnrat (67) are tied with Fleetwood at 13 under.

“It’s massive, it really is,” said Fleetwood, who needs to finish tied or ahead of Rose to win the RTD title. “But above all, whether I win it or not or whether Justin wins it, one of us will have deserved it.

“It’s been an absolute pleasure trying to win a Race to Dubai, coming down these last few events and especially this week, now. The week could have gone not quite how you wanted it, not being in contention or anything. So last day of the season and I’ve got a chance to win the Race to Dubai, it’s cool.”

A group of four players, including Americans Peter Uihlein (65) and Julian Suri (68), along with Englishman Tyrrell Hatton (69) and Ireland’s Paul Dunne, are deadlocked at 12 under, and just three off the lead.

First-round leader Patrick Reed carded a 4-under 68 and is tied with Sweden’s Alexander Bjork (67) at 11 under.

Defending champion Matt Fitzpatrick struggled to a level-par 72 and is five shots back, alongside Spain’s Sergio Garcia (67) and American David Lipsky (64).

“A year-and-a-half ago I was absolutely nowhere in the game and I was a bit lost. Fast forward to here for me, it’s been amazing to play and to enjoy my golf this year. Then to get to this stage, it’s been an absolute pleasure and privilege trying to compete for a Race to Dubai.”
–Tommy Fleetwood