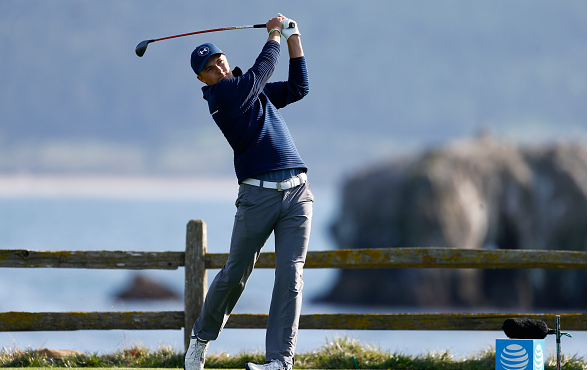 Jordan Spieth secured his first PGA Tour victory of the year at the AT&T Pebble Beach Pro-Am, and afterwards, the 23-year-old called it a “bucket-list” win.

“This is a bucket-list place to win,” Spieth said after claiming the glass trophy. “Here, Augusta National, St. Andrews – there’s only a few in the world. It feels really special. It was amazing walking up the 18th green knowing that we were going to win. It’s just such a unique position. I tried to soak it in.”

Spieth shot a workman-like 2-under-par 70 en route to a 19-under-par 268 total and four-shot margin of victory.

It was Spieth’s first PGA Tour victory of the year and the ninth of his young career.

For the 2016-17 PGA Tour season, Spieth has five top-10s in five starts, and has shot under-par in all 20 rounds. (The Hero World Challenge is an unofficial event.)