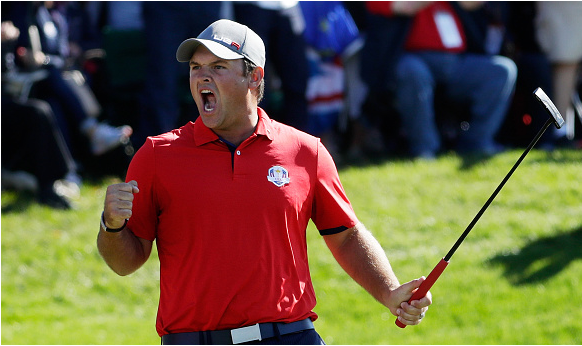 On the first day of the 2016 Ryder Cup, we saw the best and worst of what both the United States and Europe had to offer. Through the morning foursome matches, the tournament threatened to become a complete U.S. rout, as the Americans swept the early matches 4-0.

Fortunately for Europe, captain Darren Clarke was able to rally the troops, and in the afternoon matches, the Europeans took three of the four fourball matches, with none of them being close. After one day of play, the Americans lead Europe 5 points to 3, and going into day two, it feels like a whole new tournament.

Spieth and Reed, far and away America’s best team two years ago at Gleneagles going 2-0-1 together. Today, at least in the morning, they came right back to where they left off. They birdied two of the first three holes and got the score as wide as 3-up before the teams traded blows on the back nine until Spieth/Reed could not be passed.

Between Sergio’s all-time great Ryder Cup record (18-9-5) and Kaymer’s propensity for hitting clutch putts, this figured to be possibly Europe’s best chance to get a point in foursomes. It took a little bit for Walker/Z.Johnson to get comfortable, but after Walker drained a difficult par-putt on the 9th hole, which prevented Europe from going 2-up, Walker/Z.Johnson found their zone and went on an absolute tear down the back nine. They won holes 12, 13, 14, 15, and 16 to blindside the confident European duo 4&2.

Mickelson and Fowler have played well in the Ryder Cup before, but early on, it looked like the pairing may have been a mistake. McIlroy/Sullivan were 2up through six holes, while Mickelson/Fowler were struggling off the tees. The Americans were able to tie it back, before quickly falling 2 down again. For a second time in one match, Mickelson/Fowler came back, winning 15, 16, and 17 for the one-up victory.

Westwood has the most Ryder Cup experience of anyone on either side, but that did not seem to help him any in this match. He and Pieters were out of sync, and D.Johnson/Kuchar were dominant right from the start, winning five of the first eight holes, and needed only 14 holes to land America’s first point.

The sequel to this match turned out much, much better for Europe than the original. Stenson was in Open Championship/Silver Medalist form as he and Rose, the Gold Medalist in Rio, birdied six holes on the front nine. The Spieth/Reed power-squad played well, at least until the middle of the back nine, but Stenson/Rose were just too strong, and Spieth/Reed now have their first blemish on their Ryder Cup record.

Afternoon Sergio was a big improvement over Morning Sergio, playing with the excitement and passion that always makes since such an incredible weapon for the Europeans. Holmes/Moore was down as by as much as four, and tried to make things interesting halfway through the back nine, but could not finish the comeback.

Koepka, one of the few Ryder Cup rookies on the American side, formed a formidable team with Snedeker, winning four of the first eight holes, and not looking back from there. It was another poor outing from Kaymer, who had a winning record coming in, but now drops to 4-5-3.

DJ and Kuchar were unstoppable in the morning wave, but looked anything but when Westwood was replaced by FedEx Cup Champion Rory McIlroy. Kuchar especially couldn’t get anything going in this match, with no birdies on the round until the 16th, and McIlroy/Pieters hit four up by the eighth hole. An eagle-3 from McIlroy on the 16th ended the hopes of the American duo.

“They seemed to birdie every hole. They played really well. We played really well in the morning, then we actually played pretty good this afternoon, they just made a bunch of birdies, Rory made a ton of them. We just ran into a couple of buzzsaws, and still hung in there, and I’m proud of them for fighting all day.”
-Davis Love III, American Captain