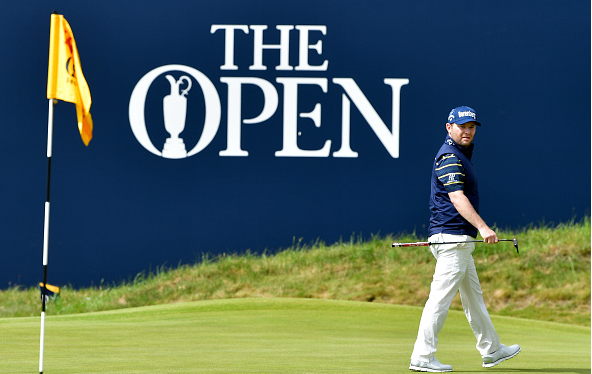 The third round of the 146th Open is in the books, and once again, it’s two-time major champion Jordan Spieth (65) alone at the top the leaderboard at Royal Birkdale.

The 23-year-old Spieth is at 11-under-par following a third consecutive sub-70 round, and his second 65.

Two back, and alone in second at 8-under, is Matt Kuchar, who posted a third-round 4-under 66. U.S. Open champion Brooks Koepka, and 20-year-old Austin Connelly are tied for third at 5-under.

South Africa’s Branden Grace, who fired a tournament record 8-under 62 on Saturday, is tied with world No. 2 Hideki Matsuyama of Japan at 4-under par.

Before we head into Sunday’s final round, let’s take a look at some of the best and worst from Saturday at Birkdale.

On a balmy Saturday at Royal Birkdale, Branden Grace became the first player in history to post a 62 in a major championship. Case closed.

Afterwards, Grace claimed he didn’t know about the record-setting score.

“Let’s get this out of the way: I didn’t know what was going on on 18. I promise you. It was a special day. It was nice to obviously start the day off with a birdie on the first, made a nice putt. It always gives you some momentum and some confidence heading into the round. And then I just played flawless golf,” said Grace .

Ian Poulter started his day in a tie for third place, and had the London tabloids buzzing. But the 41-year-old struggled for most of the day on a Birkdale course that was gettable – matching birdies with bogeys, and eventually settling at 1-over 71.

When asked what he can take away from the round, a livid Poulter replied, “Shit happens.”

He continued, “Not to make stupid mistakes. There was too many stupid mistakes. I made one bogey yesterday in all the treacherous conditions we had. I make five bogeys today. It’s not good enough. Simple as that. I’m pissed off. Don’t know what else to say.”

Runner-up: Rory McIlroy. The World No. 4 came out the gates blazing, with three birdies over his first five holes to get to 4-under. But Rory finished his final 12 holes at 2-over.

Gotta go with the superstar leader himself, Jordan Spieth. A nice half-collar charcoal sweater to give off some cool vibes, with a splash of pink sneaking through for some contrast. Just a clean, classic look.

Scott Hend started his round bogey-bogey and dropped into a tie for 70th at 7-over. But the 43-year-old Aussie made a valiant comeback, posting a bogey-free 7-under over his final 14 holes to finish the day at 5-under, and move all the way up to T18 at even-par. What a comeback!

Hend joked about the bad start after his round, “It’s golf, mate. The positive is I didn’t make a double bogey today. I made a double every other day. If you make two bogeys, it’s like making a double and I bounced back from that and just trying to play.”

Austin Connelly won this award on Thursday, and if he keeps it up, he’ll no longer be eligible. The 20-year-old Canadian lit it up again at Royal Birkdale, posting his second 66 of the tournament.

The former Golf Canada National Team member will be paired in the second to last group on Sunday, alongside U.S. Open winner Brooks Koepka, as the two are tied for third at 5-under.

Young Austin Connelly holes out for eagle on the second hole at Birkdale.

What a roar! @austinconnelly9 holes an eagle at the second. For more videos visit https://t.co/Y0Ljiq6Hze. #TheOpen pic.twitter.com/JxeVfz4CKZ