The golf gods smiled broadly on three of golf’s headliners, bringing a trio of dry spells to an end on the same day. Could Tiger Woods be far behind? The Starter has to think TW’s motivated even more now. This week, though, he’ll have to traverse the “Snake Pit” – without a teammate. 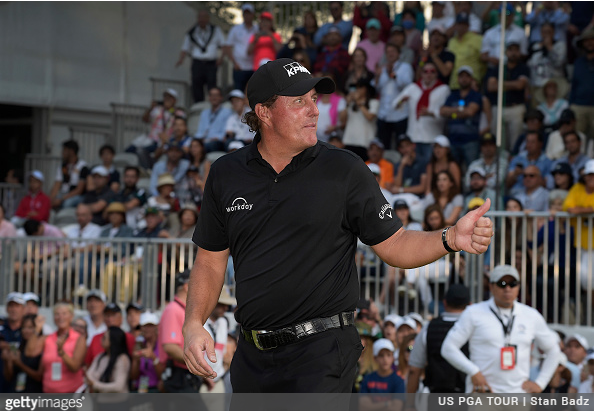 1. Phil Mickelson finds the winner’s circle again at age 48. Sunday’s triumph at the WGC Mexico Championship – beating Justin Thomas in a playoff – ended a drought extending back to the 2013 Open Championship. For perspective, consider that Thomas hadn’t even turned pro at that point.

2. Michelle Wie ends her drought, too. Like Mickelson, Wie hadn’t tasted victory since her lone major title at the 2014 U.S. Women’s Open. Injury and illness had derailed the intervening years, but a 7-under-par 65 Sunday overcame a five-shot deficit, capped by a 35-foot birdie on the final hole.

3. Get ready for another two-week Tiger fill. Not only did Tiger Woods confirm his expected return to Bay Hill, he’s also playing this week’s Valspar Championship for the first time. That makes four starts in five weeks for a guy still less than a year removed from a back fusion. Must be feeling good. 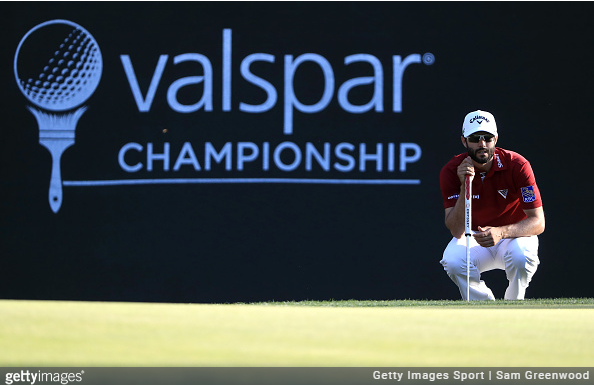 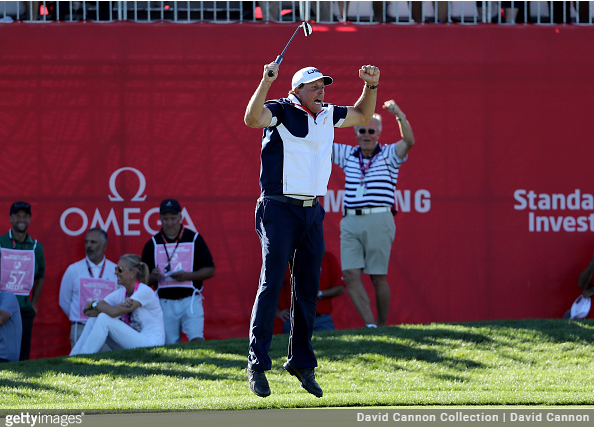 Mickelson’s triumph in Mexico – really, a month’s worth of excellence – leaves him in a position to play his way onto the U.S. Ryder Cup team and not have to rely on a captain’s selection.

The 47-year-old Hall of Famer jumped to No.4 in the latest U.S. Ryder Cup points standings, a rise of seven spots from a last week. Just four weeks ago, he stood 21st on the list after a share of fifth in Phoenix.

That proved to be a springboard for Mickelson, who followed up with a share of runner-up honors at Pebble Beach and a tie for sixth at Riviera to close out his West Coast Swing. It’s the first time since 2005 that he’s strung together four consecutive top-10 finishes.

(BTW, that burst also has lifted Mickelson back into the top 20 of the world rankings, now sitting at No.18.)

Mickelson’s gain was Rickie Fowler’s loss, dropping outside the top eight slots that are guaranteed berths. However, he’s part of a four-man logjam for the No.8 spot that’s separated by just 167 points. 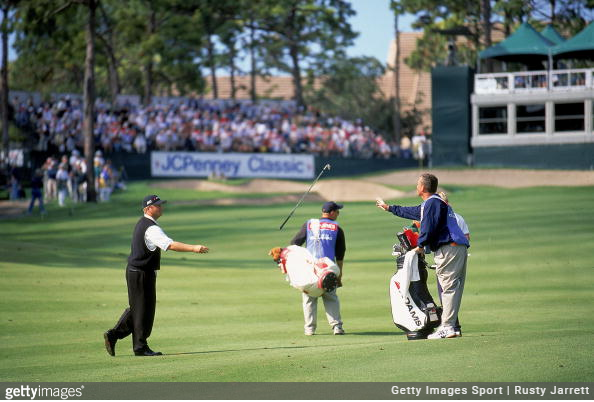 Before becoming the most recent addition to the Florida Swing, Innisbrook Resort was the final home of the JCPenney Classic mixed-team event that brought together PGA Tour and LPGA pros for four days of best-ball and alternate-shot competition.

The event ran 10 years at Innisbrook, though it had bounced around elsewhere in Florida and California for three decades before heading to the Tampa-St. Pete area. Davis Love III and Beth Daniel were the only two-time winners at Innisbrook, prevailing in 1990 and ’95.

The edition that stands out, though, was the last time Tiger Woods came to play the Copperhead in 1996. He was just three months into his pro career, having already scored his first PGA Tour win in Las Vegas. His partner was Kelli Kuehne, a two-time U.S. Women’s Amateur champ making her pro debut.

They stood one shot back after 36 holes, denied a share of the lead when Woods gunned a 2-foot birdie putt through the subtle break. After Round 3 was rained out, a closing 68 in alternate shot left Woods/Kuehne still one shot behind winners Mike Hulbert and Donna Andrews. 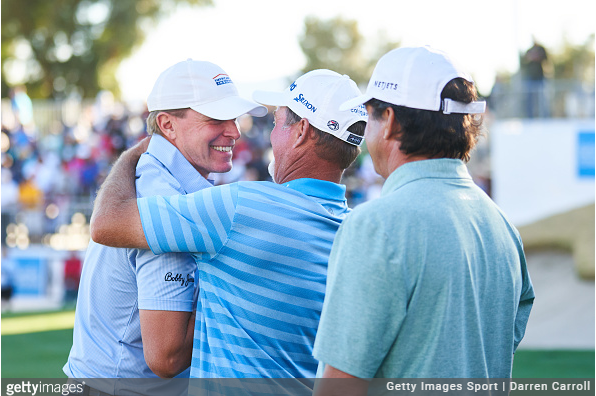 With Sunday turning out a drought-busting day for fan faves Mickelson, Michelle Wie and Steve Stricker (PGA Tour Champions), it brought an end to a combined 14 years, 5 ½ months of winless futility.

Mickelson had gone 1,687 days since lifting the Claret Jug at Muirfield, while Wie’s wait lasted 1,351 days after winning the U.S. Women’s Open at Pinehurst. Both, though, are dwarfed by Stricker’s trophy-less spell – 2,247 days since finishing atop the 2012 Tournament of Champions at Kapalua. 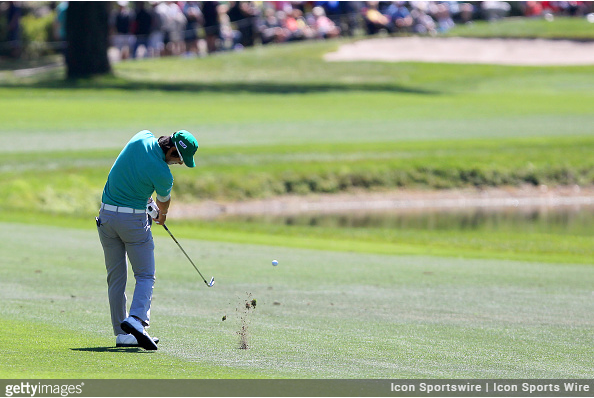 Many will tell you the entrance to the “Snake Pit” is the segment that packs the most venom – a long, narrow dogleg right that forces players to navigate between a pond guarding the bend and trees on the left. A year ago, 28 balls wound up in the pond.

“The Snake Pit is really on 16, if you’re asking me,” said 2016 champion Charl Schwartzel. “It’s avoiding the water and the trees on the left, really. You can’t bail. You hit left, you make bogey anyway. You hit it in the water, you’re going to make probably double.”

No.16 has constantly ranked among the three toughest at the Copperhead, though in a statistical quirk no one last year made worse than double bogey. Contrast that with John Daly in 2014, when he carded a 12 in the second round that included three balls in the water (and one putt). 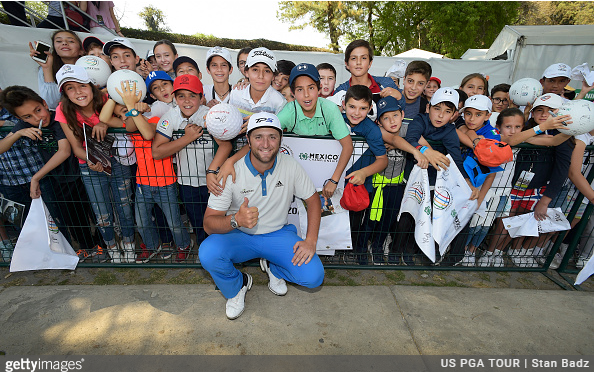 Before teeing off outside Mexico City, the young Spaniard pledged $1,000 for every birdie he made on the week and $3,000 for every eagle. The money was earmarked for the Mexican Red Cross.

Parts of Mexico City are still picking up the pieces from a series of September earthquakes that left 370 dead, some 6,000 injured and $3 billion in damage.

“I feel like as a Hispanic and a Latino, I want to help out this community,” Rahm said in a video message posted to Twitter.

Though eagles were elusive, he did make 21 birdies – just one fewer than winner Phil Mickelson and one more than runner-up Justin Thomas. (OK, Thomas dunked a pair of eagles as well. Let’s not quibble.)

Meantime, a celebrity pro-am held in place of this year’s Puerto Rico Open raised more than $500,000 for recovery efforts on that island, which was ravaged by Hurricane Maria last fall. 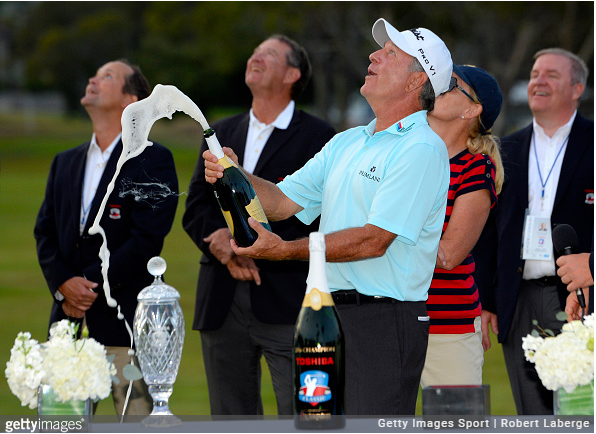 The Toshiba Classic returns to its accustomed slot the PGA Tour Champions schedule this week, back for a 23rd edition in Newport Beach, Calif., after a one-season hiatus that stemmed from a short-lived move to the fall calendar.

The event dates back to 1995, played in February or March through its first 21 editions before agreeing to October dates in 2015 and ’16. But that timing never felt right to pros or locals, and a new event in Tucson offered the chance for a Western two-step on the spring schedule. 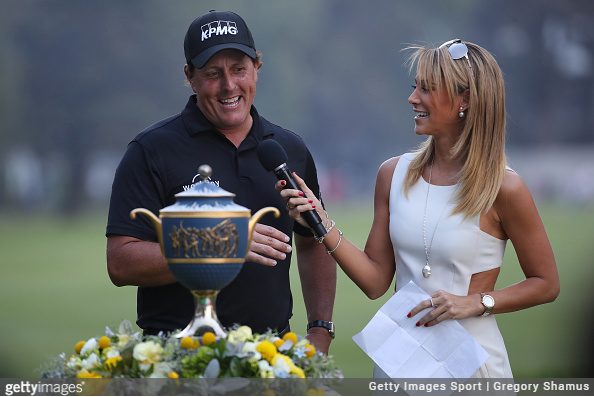 Phil, you’re such an optimistic guy but had you ever allowed yourself to think what if I got my last one already?

MICKELSON: No, I knew that that wasn’t going to be my last one, no. And this isn’t either.

You’re seven away from 50 PGA TOUR wins. Do you think you can get there?

MICKELSON: Oh, I will, I’ll get there.

MICKELSON: I don’t know. Seven more wins and I’ll be there. I don’t have the month or the time, but I will get there.