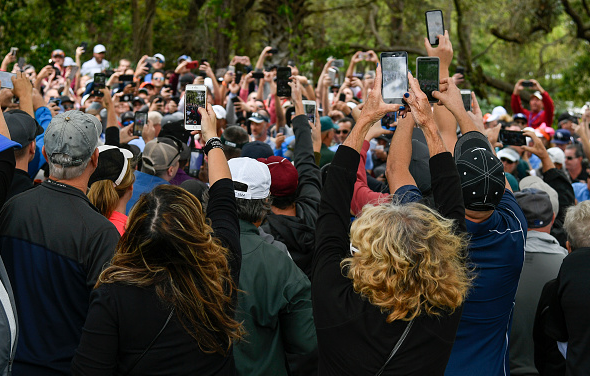 Perhaps the biggest beneficiaries for Tiger Woods’ better-than-expected 2018 results are the television networks, and other media outlets.

Even the 2.0 version of Tiger, who has not won in five years, is far and away the biggest draw in the sport. 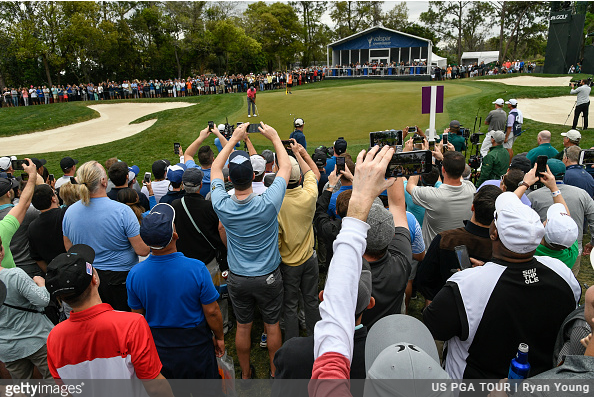 The final round of last weekend’s Valspar Classic saw the highest ratings of a non-major since 2013. The Valspar even beat out three of last year’s four majors ratings-wise.

The Valspar’s ratings were a day and night comparison to the previous year’s event, which did not include Tiger. And crowds at the events are more hooked on the 42-year-old Woods than they have been for any of golf’s more recent stars like Dustin Johnson, Jordan Spieth, and Justin Thomas.

Early estimates suggest Woods’ appearance – and being in contention – put an extra 10,000 spectators at Innisbrook each day. Officials said 35 additional shuttle buses were brought in to handle the crowds, assigned mostly to two new parking lots.

A spectator bridge was built on the 12th fairway to alleviate a bottleneck, and the Copperhead ordered 90 more portable toilets. The media center, too, doubled its square footage as golf content is seeing a precipitous rise in traffic

The Tiger Effect is a real thing, and his competitors are richer for his success. His presence at this week’s Arnold Palmer Invitational is a boon for the event, and the anticipation for next month’s Masters is more palpable than it has been in years. 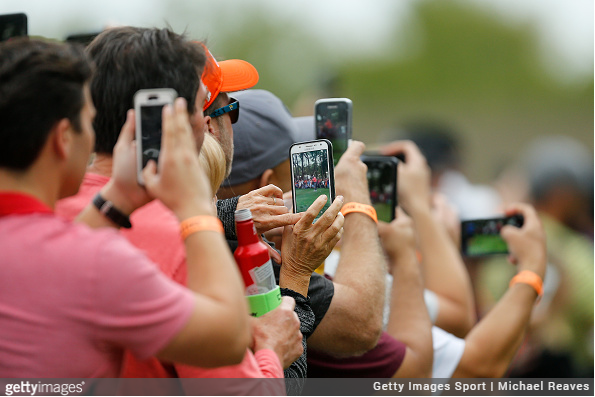 “I think the question is asked, how do you quantify the Tiger effect and the good news is we were actually up 15 percent in ticket sales prior to his commitment, so because of our field and the wonderful things that are going on with this tournament we’re very excited about that and then certainly with putting Tiger in the mix, that just bumps up that much more,” said Marci Doyle, Arnold Palmer Invitational’s Tournament Director.

“So we’re excited to see those effects throughout the week.”

Regardless of how many problems he endures, both on and off the course, one thing has not changed: people still love them some Tiger Woods.

“I mean guys like Arnold, Jack, Gary, they kind of set the stage. Then we had kind of the Norman, Faldo and then Tiger came around and took the game to a whole new level,” explained Fowler at Bay Hill on Wednesday.

“Whether it was — if you look at the media side of it to the TV contracts, the sponsors, how many fans and growing the game of golf, he’s been the biggest needle mover in the game, I don’t think anyone’s really going to come close to what he’s been able to do as far as current time, so it’s attention that he’s acquired and deserves.

“I’m not sure that he always wants the attention as far as the amount of people that do follow and basically pick up his every move on the golf course, but he’s had a decent career (smirk), so I think people want to know what he’s doing.”

Yes, the Tour survived without him, but is much, much better off with Tiger being healthy and competitive again.

Jeff Shain contributed to this report.