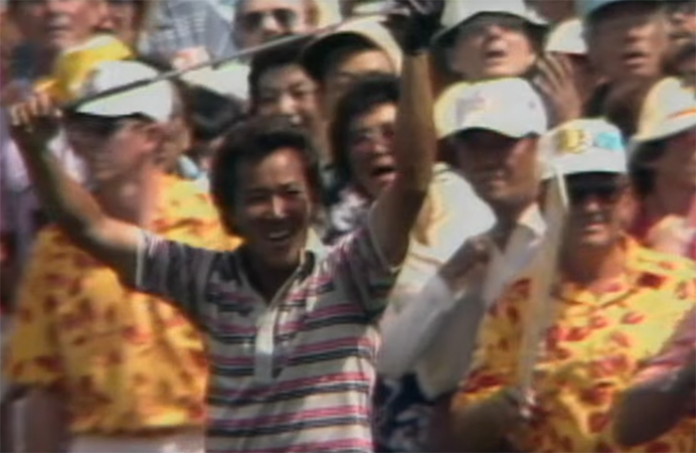 In the 1983 Hawaiian Open, Japan’s Isao Aoki was tied with then 28-year-old Jack Renner at 18-under on the 72nd and final hole Waialae Country Club.

Renner’s second shot landed about 10 feet from the pin, leaving the young American with a makeable eagle putt, while Aoki had to punch it up, landing about 130 yards away from the pin.

Renner would miss the easy eagle putt, but tap-in for birdie. Still, the clear advantage was with Renner, as Aoki had to get up and down from 130 yards just to force a playoff.

Now this is how you win a tournament … Isao Aoki at the 1983 @sonyopenhawaii. #TOURVault

On his third shot, Aoki made the most incredible golf shot in Hawaiian Open history – a hole out eagle with a pitching wedge to win the tournament.

Aoki, 40 at the time, became the first Japanese player to win a PGA Tour event. Amazingly, it was also the Hall of Famer’s only Tour victory.

Renner, meanwhile, would go on to win the Hawaiian Open the following year, in 1984, beating Wayne Levi in a playoff for his third and final Tour victory.

Watch Jordan Spieth’s Hole-Out Birdie on No. 7 at Bay Hill