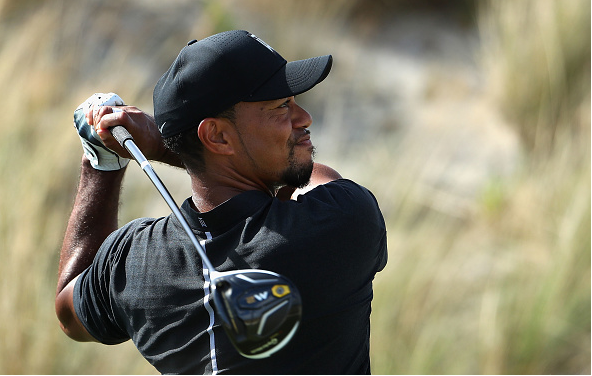 Tiger Woods is dressed in all black for his big return to competitive professional golf at the Hero World Challenge.

From a TW hat to his new Nike TW ’17 shoes, and everything in between (including his new Taylormade M2 driver), it was all black.

It’s not exactly the outfit you’d expect a Tour player (or anyone) to wear in the hot tropical climate of the Bahamas – where some star golfers were last seen playing in nothing but a bathing suit.

Big Cat is back in black. pic.twitter.com/lAbxzFXZ6V

I love the all-black ensemble Tiger is wearing, despite the heat. From Johnny Cash to 'Westworld,' it's badass look.

The legendary Gary Player reminds Shipnuck that somebody else is famous for wearing all black – and he was a golfer to boot.

As for Tiger’s first tee shot… He pulled it a bit.

Tiger is off. Bit of a pull. But he's playing. So that's good.