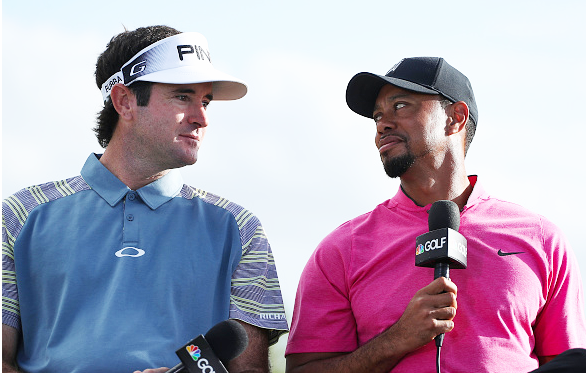 Many people have made a big deal out of Tiger Woods dropping in the world rankings, from #1 in 2013 to his current standing of 898th.

According to a numbers cruncher on Twitter (h/t Golf Digest), even with a dead last finish this weekend, Tiger will move up about 150 spots in the rankings.

Hoping for a good comeback for @TigerWoods @HWC2016. Simply finishing the event would lead to a notable #OWGR boost. Here are the scenarios: pic.twitter.com/JnZAnOVlAM

Apparently Tiger is not thrilled with all the talk of his lowly ranking, and mocks it with some lighthearted snark during an interview with the Golf Channel’s Damon Hack.

We know one thing: Tiger's press conference game is sharp ?

Tiger was a little more determined, and serious, when asked what his goal was for this weekend during his press conference.

One thing is for sure … Tiger's goals have not changed.