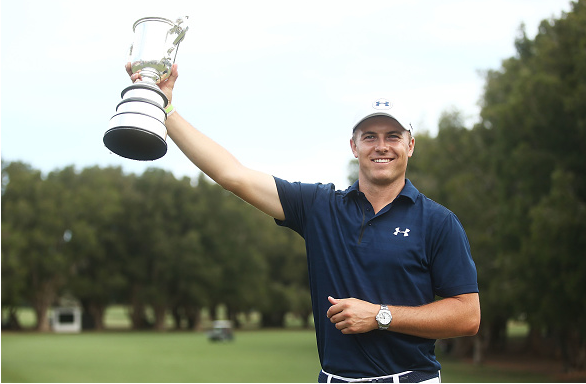 While the Hero World Challenge may be an unofficial PGA Tour event, it is loaded with players who are officially ranked as the best in the world.

The Bahamas based tournament, which kicks off at Albany on Thursday, is limited to only 18 players, and includes six of the world’s top-10 ranked players.

It will also be a Ryder Cup reunion of sorts with ten of the 12 members of the U.S. team in the field, along with two-thirds of the winning team’s vice-captains (Tiger Woods and Bubba Watson).

The players in this star-studded field will all be vying for a big payday worth $1M.

Here are the Power Picks for this week’s Hero World Challenge at the Albany Golf Course.

Atop the current “best to not yet win a major” list might be Japanese superstar Hideki Matsuyama. He is coming off another great season, winning the Waste Management Phoenix Open and finishing in the top 10 of seven other tournaments. It is hard to imagine a better start to a new season than what Matsuyama has had: a runner-up finish at the CIMB Classic in Malaysia, and a win at the WGC-HSBC Champions in Shanghai.

At #2 in the world, Johnson is the highest ranked player in the field. DJ is coming off the finest season yet of his prolific career, with three victories, including a breakthrough win at the U.S. Open, and an amazing 15 top 10s in 22 events. He was the obvious choice for the PGA Tour’s Player of the Year.

The second-highest ranked player in the field is Sweden’s Stenson, a player who, like Dustin Johnson, had an enormous 2015-16 season highlighted by a first major victory, an absolutely dominant effort at the Open Championship. Stenson also had a fine season on the European Tour, winning the year-long Race to Dubai.

Spieth was unstoppable in the 2014 Hero World Challenge, winning the tournament by an incredible 10 strokes in a record setting 26-under-par finish. Spieth enters the big money Bahamas event fresh off a win at the Australian Open.

Despite a tough second half of the season, the defending Hero Challenge champ played well in the FedEx Cup playoffs, with finishes of T13 at The Barclays, T20 at the BMW Championship, and the T10 at the Tour Championship. If Bubba really wants to put the 2015-16 season behind him, a great outing in Albany would be an excellent start.