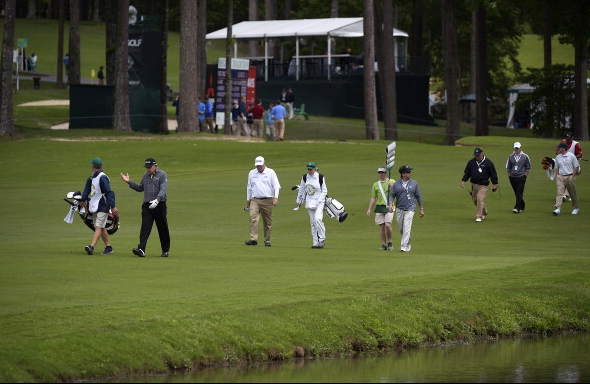 It’s a jam packed week with all three levels of the PGA Tour teeing it up this week, along with the LPGA Tour.

The big leaguers are in Irving, Texas for the Byron Nelson, while the senior circuit kicks off its first major of the season down in Birmingham, Alabama for the 29th annual Regions Tradition.

The Web.com is in South Carolina for the BMW Charity Pro-Am presented by SYYNEX Corporation (try using that tournament name as a hashtag).

And, finally, the LPGA Tour is setting up shop this week in Williamsburg, Virgina for the Kingsmill Championship.

Here’s a look at the TV schedule for this week.