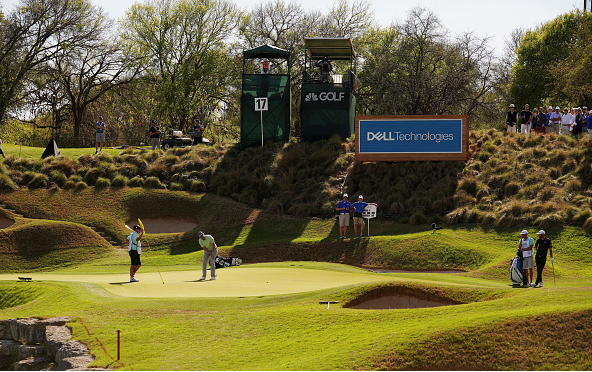 A look at the highlights of the opening three rounds of the Dell Match Play Championship where upsets were on the menu, including Nos. 1 and 2, Dustin Johnson and Jon Rahm, respectively.

In total only two – Justin Thomas (2) and Sergio Garcia (7) – of the 10 top-ranked pool players made it out of their group.

Along with DJ and Rahm, those who were sent packing included No. 4 Jordan Spieth, No. 5 Hideki Matsuyama, No. 6 Rory McIlroy, No. 8 Jason Day, No. 9 Tommy Fleetwood, and No. 10 Paul Casey.

That scream you heard was the Golf Channel and NBC Sports.

Meanwhile Thomas continues to roll along, and could become World No. 1 if he makes it to the championship match.