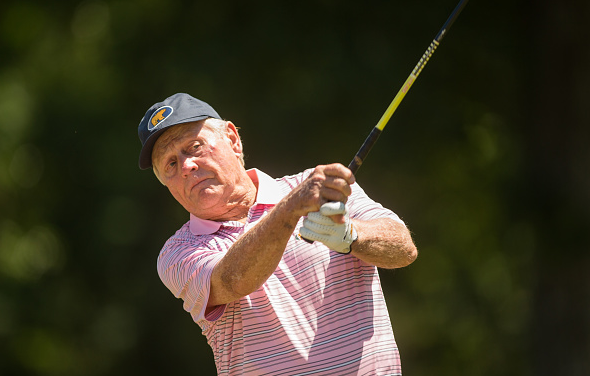 On Saturday, Jack Nicklaus showed the fans at the The Woodlands that the GOAT still has some game left in him.

During an exhibition billed as the Greats of Golf, at the Insperity Invitational, the 77-year-old legend fearlessly fires at a pin hugging the front bunker… and nearly drops it for eagle.

Jack is on the attack!

Mr. Nicklaus still has it. pic.twitter.com/AGspCq27JV

And you have to love his reaction. Even in a TV exhibition, Jack is frustrated that it didn’t drop.

On Friday, Jack showed off his famous putting style.