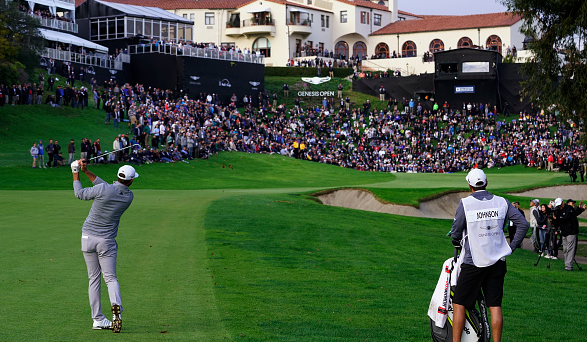 The Genesis Open is in the books, and after another week of stops and starts due to rain, here’s the PGA Tour’s weekly video recap from beautiful Pacific Palasides, CA.

The one-minute clip looks back the the week that was at historic Riviera Country Club, including some serious great golf shots, especially by winner (and new world #1) Dustin Johnson – who captured his 13th career PGA Tour title.

The sights, sounds and swings we'll remember from the @GenesisOpen. pic.twitter.com/G4OpsQeigq