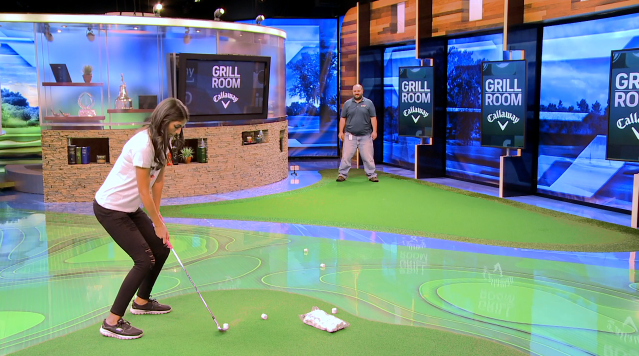 Two of Golf Channel’s best and brightest attempted the Jordan Spieth and Jimmy Fallon marshmallow trick with much more success.

It’s in the hole (mouth)! Not sure why Spieth and Fallon had so much difficulty performing the trick. Maybe Spieth wasn’t using the correct degree? You’ll notice in Golf Channel’s attempt the marshmallow was plenty high enough to catch at a standing position.

After Bailey Mosier, co-host for Morning Drive, and her producer succeeded with a wedge it was time to step it up and move to a driver. That’s when things got a little fake.

It's not easy to do this…. But my favorite part is the ending. #baileyhumor https://t.co/LhHxapGKxT

Virtue-Signaling Azinger: ‘My Job As a TV Analyst Is To, Um… Build a Player’s Brand’

Furyk: Pairing Spieth, Thomas Together Was a No-Brainer