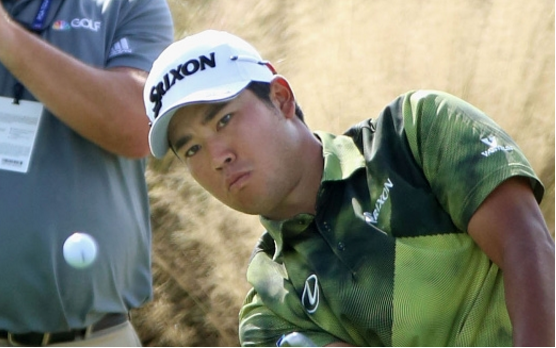 One of the hottest players in the world, Hideki Matsuyama, is leading the Hero World Challenge by five shots. Matsuyama has extended his lead early on after playing his first 7 holes in 5-under-par.

Matsuyama decided to lay up at the short par-4 7th but that didn’t stop him from taking advantage of one of the easiest holes on the course. Matsuyama one-hop dunked his wedge shot from the fairway for an eagle.

How do you win three times in your last four starts?

Matsuyama, who is leading the FedEx Cup race, is on fire and trying to push himself farther and farther away from Dustin Johnson and the rest of the field.

Inside Justin Thomas’ Trophy Room, Including Cool Memento of Grandfather