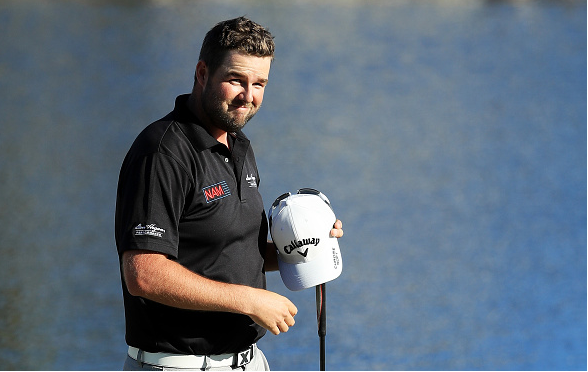 Marc Leishman was quietly hanging around for much of the day at Bay Hill. His name would appear in the mid-to-bottom portion of the first-screen leaderboard on NBC’s telecast, but he was barely mentioned by the broadcast crew.

The NBC cameras, and analysts, were primarily focused on Rory McIlory, Charley Hoffman and Kevin Kisner – with some Rickie Fowler sprinkled in. But then on the par-5 16th hole, Leishman, 9-under at the time, drained a 51 foot putt for eagle, and just like that, the 33-year-old Aussie was in the lead at -11.

Johnny Miller even blurted out something along the lines of, “Where did he come from.”

Leishman would go on to par 17 and 18 and finish at 11-under par to win the Arnold Palmer Invitational by a single stroke over Kevin Kisner and Charley Hoffman who tied for second at 10-under.