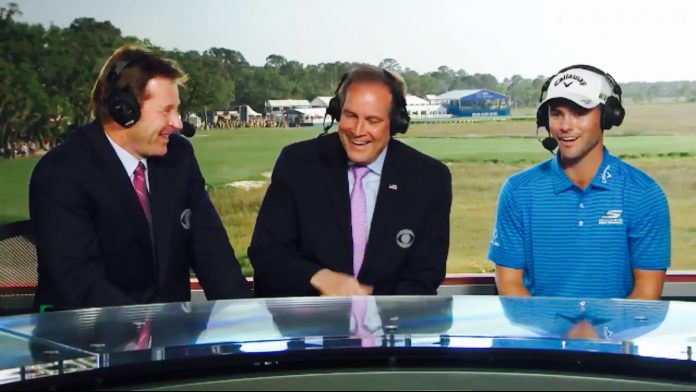 He may have looked all cool and collected in his neon pink pants, but Wesley Bryan, the former youtube trick shot artist, wasnt quite so calm as it appeared.

In fact he was about as nervous as you’d expect someone to be who was looking at only a couple of pars standing between him and his first PGA Tour win – at home, no less.

After his Easter Sunday victory at the RBC Heritage, Bryan joined the CBS broadcast booth of Jim Nantz and Nick Faldo to talk golf.

When Nantz asked the rookie if he was nervous at any point during the round, Bryan was honest, and avoided the typical cliches: “Shoot I think I just threw up in my mouth a little bit.”