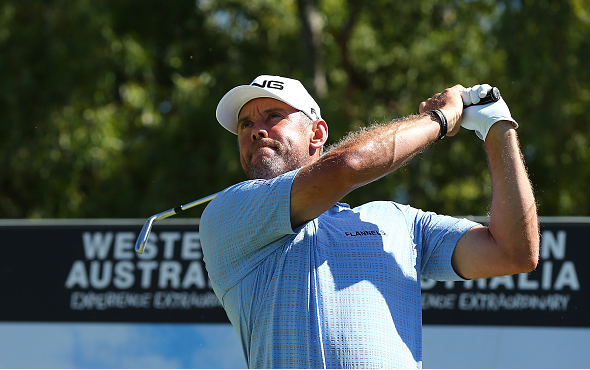 After two rounds of play at Lake Karrinyup Country Club, Lee Westwood and Brett Rumford will head into the weekend with a share of the lead at the ISPS HANDA World Super 6 Perth. 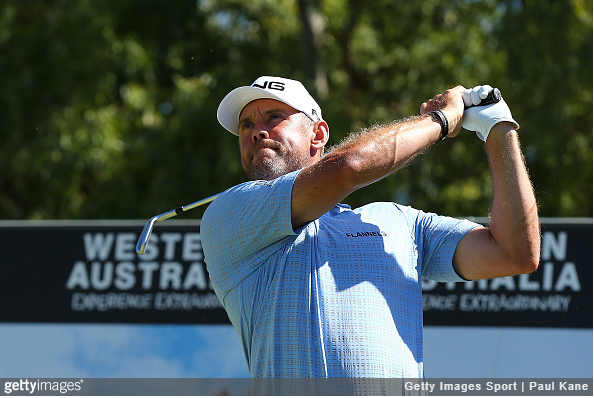 Westwood, the 44-year old Englishman, entered the day two off the lead, but following a second-round 2-under 70 joined first-day leader Rumford (72) at 8-under 136.

“We both played well. We haven’t given too many shots away, made a few putts and I chipped in a couple of times. It’s been fun over the first couple of days,” said Westwood, who made eagle on the par-5 15th hole for the second-consecutive day.

“I’m just trying to shoot as low as possible. I know if I carry on playing like I’m playing and a few putts start to go in, because I didn’t really hole any putts today, I’ll be thereabouts on the leaderboard.

“To be perfectly honest, match play is anybody’s. You’re going to need a lot of luck to win it.”

Westwood finished his round with four birdies, four bogeys, and one (decisive) eagle, while Rumford matched two birdies against two bogeys.

“I’m happy to have signed for 72. Happy to be tied for the lead and obviously happy that I’m in that top eight,” said Rumford.

“You would have to lie to say that you’re not aware of your opponent, but I’m not playing against [Westwood], I’m not changing my game plan or swing thoughts or nothing, I’m just playing golf.”

The veteran duo, who were paired in the opening two rounds, will once again play together in Saturday’s final round of stroke play.

The 36-hole cut was at even-par with some 80 players making it through to Saturday. Following tomorrow’s round, the top 24 will move on to Sunday’s (six-hole) match play format, with the top eight receiving first-round byes.

Lee Westwood with a lengthy chip-in birdie on the par-4 sixth hole.

“It’s been fun over the first couple of days. I’m just trying to shoot as low as possible.”
– Lee Westwood