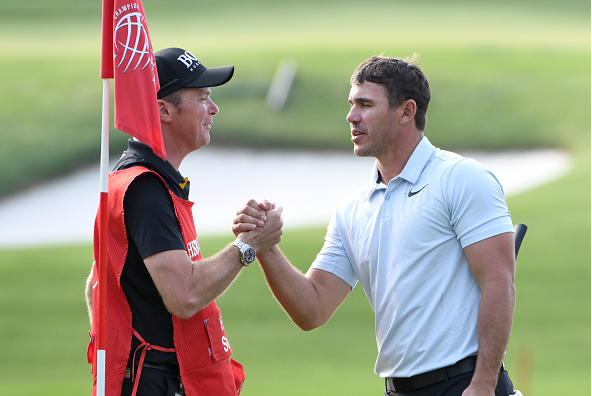 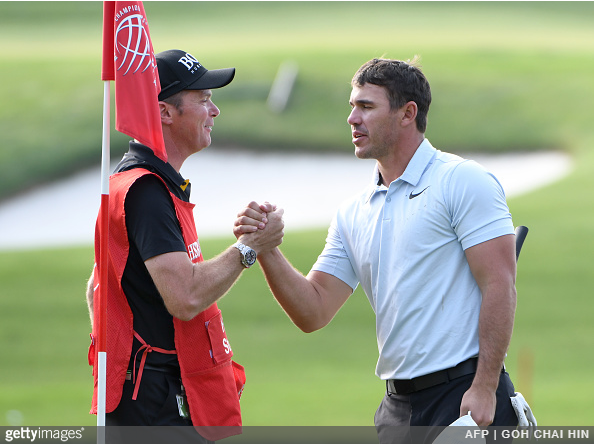 Brooks Koepka fired a first-round 8-under 64 at Sheshan International Golf Club and leads the WGC-HSBC Champions by one shot.

The reigning U.S. Open champion started his opening round in China with four straight pars, but picked up the pace over his next six holes, dropping four birdies and an eagle to reach 6 under through 11 holes. Three birdies and a bogey down the stretch got the 27-year old star to 8 under.

“Any time you can get off to a good start and be close to the lead or have the lead, that’s what you want,” said Koepka, the No. 11 ranked player in the world.

Kyle Green of Malaysia and Thailand’s Kiradech Aphibarnrat are one back at 7-under 65.

Green’s 65 was bogey-free, while Kiradech finished with three bogeys and 10 birdies, including seven in a row around the turn.

“Well, it’s a good momentum. Just keep playing well the last couple weeks in Europe, and to be honest, playing, shoot 7-under, opening round in the World Golf Championships, there’s a lot of top players in the field,” said Kiradech. “It’s just fantastic start and want to keep the momentum.”

Patrick Reed and Haydn Porteous of South Africa were tied for fourth at 66, while a group of four players are tied at 67, headlined by Matt Kuchar and Justin Rose.

“First round back after a month or so, so to get under par and a solid start, very, very happy,” said Rose.

World No. 1 Dustin Johnson and Henrik Stenson lead a logjam of 10 players at 4-under 68.

“Since Presidents Cup, we’ve had three weeks off, and I think I’ve probably seen him maybe 14 of the 21 days. The other days, I was out doing my own thing; I was up in New York. You know, if we’re home, we’re spending most days together. I see him every day in the gym. If we’re not in the gym, I’m over at his house or he comes over to mine. We’re just hanging out.”
–Brooks Koepka, on hanging out with Dustin Johnson