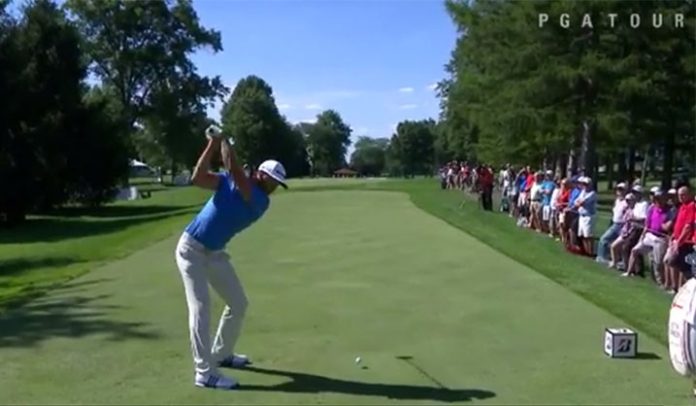 Jason Dufner, Dustin Johnson and Bubba Watson are three of the best in the game, but even they find themselves taking strange swings and needing some luck.

Here’s a look at the three shots from the first round of the WGC-Bridgestone Invitational that had social media buzzing.

First, here’s Dufner with the old trick shot where you hit the lip of the bunker and have it bounce off you.

We know the U.S. Open champ gets all kinds of perks for winning the national title. Which apparently includes good bounces off trees.

And finally Bubba bosses his ball… “Down, down, down!!”

"Ask and you shall receive."

We’re excited to see what else happens the rest of the way at the Bridgestone this week.