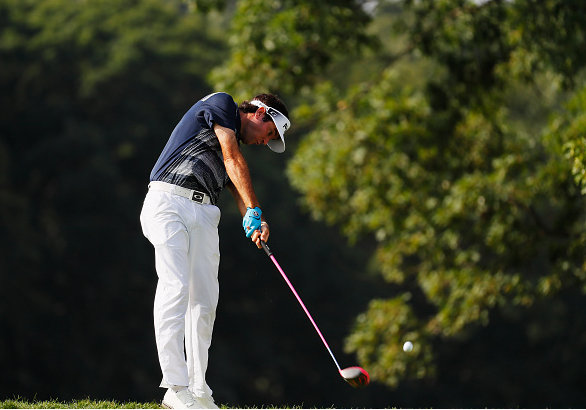 The Tour Championship returns to the oldest course in Atlanta, the East Lake Golf Club. It’s where legendary Amateur Bobby Jones learned how to play the game of golf. Originally a part of the Atlanta Athletic Club, East Lake was a first time host of the Tour Championship in 1998 and has been the permanent host since 2004.

An original Tom Bendelow design, East Lake was entirely revamped in 1913 by Donald Ross. East Lake went through some tough times when the surrounding neighborhood deteriorated during the 1960s, with the East Lake community becoming a center for drugs, crime, and poverty. The Atlanta Athletic Club was sold to developers but the East Lake course was saved by 25 members who purchased the property, and thus created the East Lake Golf Club in 1968.

In 1993, a local charitable foundation bought the property with the intent to restore the course as a tribute to Bobby Jones. In 1994, Rees Jones was brought in to restore Donald Ross’ original design. East Lake was also the host of the 1963 Ryder Cup, where Arnold Palmer served as a playing captain for the winning US Team.

East Lake is a typical Donald Ross design, with small, quick and undulating greens. A typical parkland course, the tree-lined fairways are tough to hit. Last year, Jordan Spieth took down Henrik Stenson in the final round with a steady 1-under, 69, against Stenson ‘s 2-over, 72. Spieth’s intent was evident the entire week last year, and he brought his game to a tough setup. This year the front and back nines have been reversed for the Tour Championship to provide further drama to the finishing holes.

The greens at East Lake are fairly small with the average size at just 6,200 square feet. East Lake’s rough is thick around the greens, which makes up and downs that much more difficult to come by. As such, hitting greens in regulation is its own reward. Spieth ranked 9th in this category last year.
Top Players This Week: Paul Casey, Adam Scott and Jason Dufner.

Like any Donald Ross design, more often than not it boils down to the putter. These quick and undulating greens will present a stern challenge to even the best putters on tour. Spieth ranked 1st in this category last year.
Top Players This Week: Jason Day, Jordan Spieth and Kevin Kisner.

3. Strokes Gained: Off the Tee

It seems these days that every course favours the long hitters, but at East Lake that isn’t the case. East Lake can be compared to Augusta in this regard, where hitting monster drives doesn’t give much of an advantage. Hitting it straight has its own benefits around this track. Spieth ranked 4th in this category last year.
Top Players This Week: Rory McIlroy, Dustin Johnson and Bubba Watson.