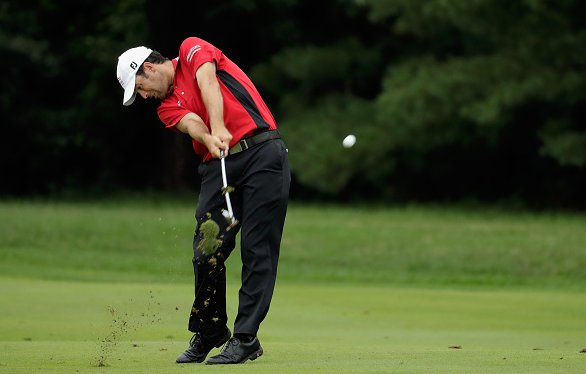 Following up on our power picks for the John Deere Classic at the TPC Deere Run, here are this week’s sleeper picks.

Coming off a runner-up finish at the Travelers Championship, Jerry Kelly ranks 2nd in Driving Accuracy this year. Kelly is another player who has a decent record at TPC Deere Run, racking up six career Top-25s. This includes a T-4 in 2013, a 3rd place finish in 2014 and 17th in 2015.
FedEx Cup: 75
OWGR: 101

Winner of the 2014 John Deere Classic, Brian Harman had a decent outing last year as well, finishing T-24th. He’s made cuts in five of his last six events and ranks 13th in Strokes Gained: Putting on tour this year. Expect him to feel comfortable around TPC Deere Run once again.
FedEx Cup: 82
OWGR: 130

The newest member of the PGA Tour, Wesley Bryan is teeing up this week. With only two events to go before the playoffs, Bryan will have to win to make it. He made cuts at both his starts on the PGA Tour this year, the FedEx St. Jude Classic and the Quicken Loans National.
FedEx Cup: 212
OWGR: 115

Robert Garrigus has three Top-25 finishes at the John Deere Classic in his six previous attempts. What makes him interesting this week is the fact that he has four Top-12 finishes in his previous seven starts on tour, since late May. He finished T-11 at the Travelers Championship last week.
FedEx Cup: 116
OWGR: 215

The newest member of the ’63’ club at the Majors, Robert Streb has three Top-25 finishes in his seven previous starts on tour, which includes his T-7th at the PGA Championship. Streb has an average finish of 24th place in his three appearance at the John Deere Classic.
FedEx Cup: 92
OWGR: 63