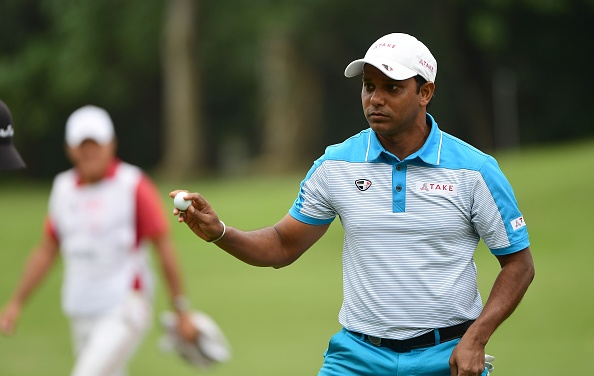 SSP Chawrasia posted a second-round 4-under par 66 to extend his lead to two strokes at the UBS Hong Kong Open.

The 39-year old, who has recorded all four of his European Tour titles in his native country of India, will head into the weekend at the Hong Kong Golf Club at 9-under 131, and in search of title No. 1 on foreign soil. 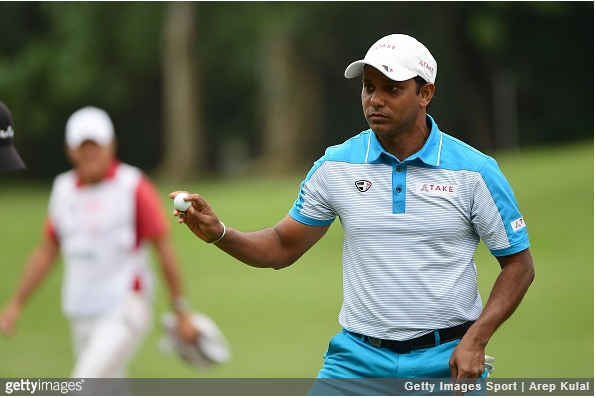 Chawrasia once again overcame strong early-morning winds to turn at 3-under 31. Two more birdies on Nos. 10 and 13 had the Indian 5 under on the day, but a three-putt bogey on 14 dropped him back to 4 under, and a two stroke advantage after 36 holes.

“It’s a great round today,” said Chawrasia. “I was five under at one time and then three-putted number 14 but, still, it’s a good score four under – I’m happy.”

South African Thomas Aiken fired a bogey-free 6-under 64, highlighted by late birdies on 16 and 17 to reach 7 under, and sole possession of second place.

“There’s a lot of golf left, we’re only halfway there. But just keep doing what I’m doing and hopefully the putts keep going in and make a few extra ones and hopefully at the top of the leaderboard by Sunday afternoon,” said Aiken. “It’s always nice to go bogey-free, especially on a golf course (not) as friendly as this one.”

A group of four are tied for third at 5 under, including American Julian Suri (67) and Thai Poom Saksansin (68), along with a pair of Swedes in Alexander Björk and Joakim Lagergrene, who posted matching 66s.

2017 Race to Dubai champion, Tommy Fleetwood, carded a second-consecutive 68 to remain in the mix at 4 under, alongside a group of seven others tied for seventh.

Justin Rose (69) and Rafa Cabrera Bello (68) headline a group of seven more at 3 under.

Chawrasia turned at 3 under 31 and immediately birdied No. 10 to get to four under.

While everyone else struggles, SSP just keeps rolling.