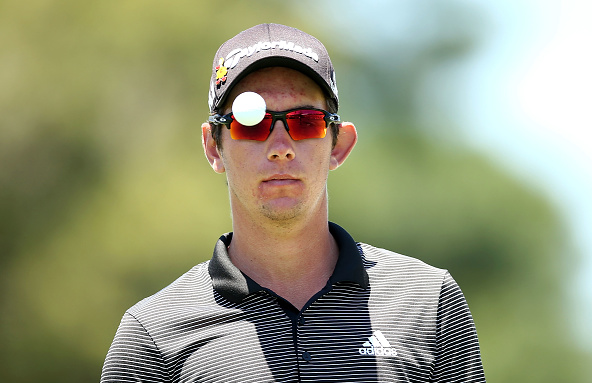 Lucas Herbert fired a 6-under 66 at The Australian Golf Club and moved to the top of the leaderboard after 36 holes of play at the Emirates Australian Open.

The 21-year old Victorian long bomber was cruising along bogey free through 17 holes, but a late slip up on the par-5 18th saw him drop a shot to 9 under, one clear of World No. 12 Jason Day. 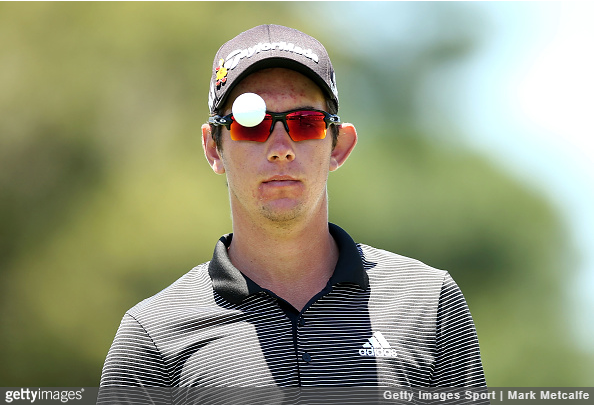 “That’s going to be a very positive experience for me going into this weekend with how to deal with it,” said Lucas, discussing his lead and the late bogey. “I’m definitely trying to be a smarter golfer, obviously chipping out on 18 there, that was pretty hard to do. I don’t really take lay ups too easily, it’s hard to talk me into them but I managed to get talked into laying up there.”

Day also bogeyed the last hole, but a 68 kept him near the top – just one back of his young compatriot at 8 under, as he seeks to win his first Stonehaven Cup.

“I’m very pleased with how I played; I gave myself the opportunity again today, to make a lot of birdies,” said Day. “I was a little bit disappointed with how I finished, I was at 9 under going down to 17 in front position, going for the green, I had 125 yards I think to the pin and just hit a poor shot, which led to a bogey.

“Those are the things that frustrate me the most because I’m in a good position with the way I’m hitting it and I end up making a bogey on the last hole.”

One shot further back, at 7 under, is first-round leader Cameron Davis, who struggled on day two, signing for a 1-over 73. Anthony Quayle (69) birdied the final hole to move into sole possession of fourth.

Defending champion Jordan Spieth had an even-par round and made the cut at 1 under. He is T19 heading into the weekend.

“Given the golf course will start to bake out and you get really calm conditions in the morning that leaves the windier conditions for the afternoon,” said Spieth.

“I’ll have a pretty gettable golf course I imagine in the morning tomorrow with the guys really having to watch themselves in the afternoon.

Dale Brandt-Richards with a hole-out eagle on the par-4 sixth hole.

So many highlights on Day 2 of the #AusOpenGolf…but play of the day goes to @dbrgolf for this touch of magic…. pic.twitter.com/ekslBWkrkP

“Seven strokes is obviously not enough but I’d like to keep pushing forward and hopefully I don’t see him in my rear view mirror at all.”
– Jason Day, on his lead over Jordan Spieth