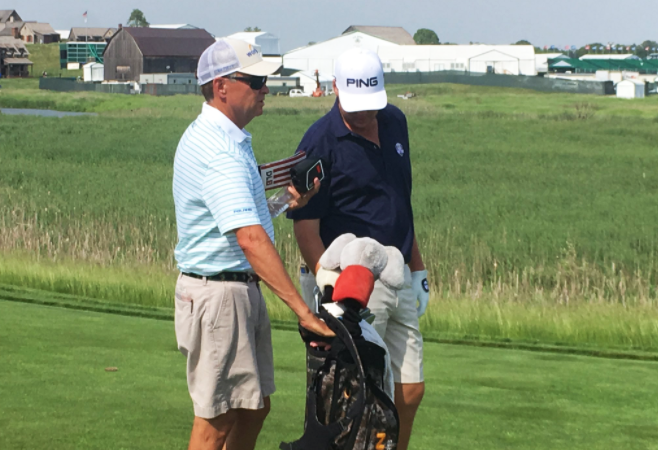 Both Davis Love III and his son Davis Love IV, who goes by “Dru” attempted to qualify for the U.S. Open last week in sectional qualifiers. Love III didn’t qualify, but Dru was named an alternate.

Dru, 23, made the field when the last few spots were named after the FedEx St. Jude Classic, and will have a familiar face on the bag for his first career major: Davis Love III.