Dustin Johnson fired a final-round 4-under 66 at Glen Oaks Club and overcame a five shot deficit to win the Northern Trust in a playoff against Jordan Spieth.

It was Johnson’s fourth win of the season, and first since his freak injury at the Masters back in April. 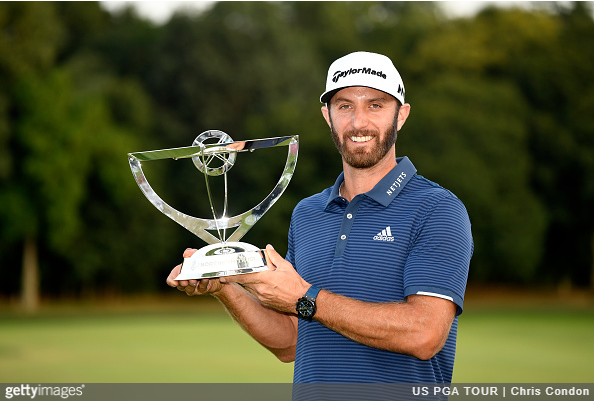 With four wins, DJ is now tied with Justin Thomas for the most on the season, and becomes the slight favorite to repeat as Player of the Year.