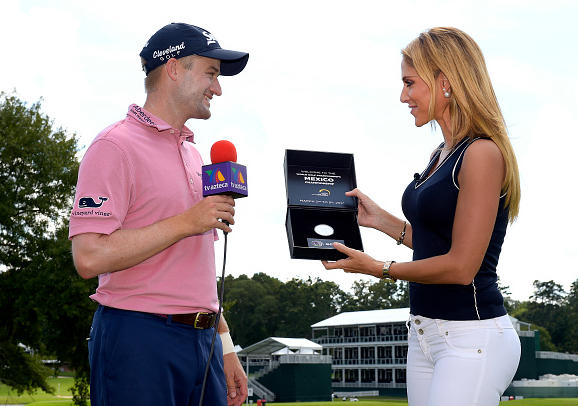 Along with the chance to play for $10 million in bonus money, the top 30 players in the final FedEx Cup standings automatically qualify for a couple of the 2016-17 WGC events (HSBC & Mexico).

What happened to Doral?

The PGA Tour, which has played at Trump Doral in Miami since 1962, and the WGC-Cadillac since 2007, recently packed up and shipped everything down to Mexico – with absolutely zero irony.

After the announcement, Doral owner Donald Trump claimed the PGA Tour “put profit ahead of thousands of American jobs.” Many golf fans called the PGA Tour “sellouts”, among other things.

PGA Tour commissioner Tim Finchem, who worked in the Carter administration and on the ’84 Mondale campaign (versus Reagan), essentially confirmed Trump’s statement by saying the decision to leave Doral, after 53 years, was strictly “a financial one,” and “not political.”

The sponsor of the new event is the Salinas Group, a Mexican-based media and financial conglomerate with some interesting business practices. A few of the Salinas Group’s more popular business brands include Banco Azteca, Grupo Elektra, and TV Azteca.

To market the new WGC-Mexico event, Ines Sainz, a sports reporter at TV Azteca, handed out ’30 pieces of silver’ on behalf of the Salinas Group at the Tour Championship By Coca-Cola.

Hey, if you’re going to accept ’30 pieces of silver’, Ines Sainz surely makes it look and feel a whole lot better. Like a Coke and a Smile.