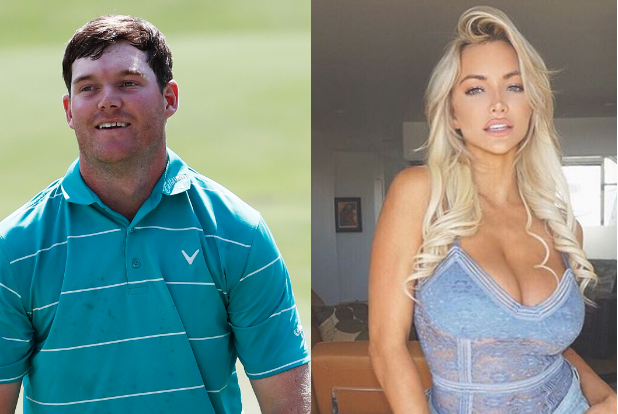 Grayson Murray returned to Twitter recently and before the week had ended, he was once again in trouble after making a somewhat truthful statement regarding the relevancy of the Champions Tour.

After a call from the Ponte Vedra area code (we’re sure), the 24-year old winner of the 2017 Barbasol Championship offered a mea culpa.

“I want to apologise to the tour and the guys on the Champions Tour. I have nothing but respect for the guys that paved my way to play this game. I‘m sorry to everyone I disrespected and I take full responsibility for my actions.”

So as we wrap up another news cycle focused on the Twitter thoughts of Grayson, here’s a roundup of his five most controversial tweets during the calendar year of 2017 .

February 2017: Bryson DeChambeau, playing on a sponsor’s invitation at the Genesis Open, and on his way to a fourth consecutive missed cut, withdrew after 28 holes. Fellow rookie Grayson Murray was not impressed:

March 2017: After being praised somewhat for criticizing DeChambeau, Murray turned up the volume and called out some of the bigger names (but unnamed) on Tour for being nothing but sponsor pimps on social media.

Imagine if more guys from the PGA tour opened up on social media. Golf would gain popularity not be losing it.

seriously! How many boring golfers are out there. All their tweets are endorsements. Who cares 🙄

March 2017: Murray, who needed a win in Houston to make the Masters field, tweeted an invite to former Playboy model Lindsey Pelas as “motivation.” She said yes. But Murray didn’t win.

Hey @LindseyPelas if I win next week in Houston will you be my caddy in the par 3 tournament at The Masters?

Ayyyy! Looks like I got some motivation now! https://t.co/PDV5NaIEUC

June 2017: Murray was excoriated for another truthful, but politically incorrect, statement, after he weighed in on police shootings, and the racism narrative.

November 2017: Finally, the latest tweet where Murray does a little truth-telling about the senior circuit’s relevancy. 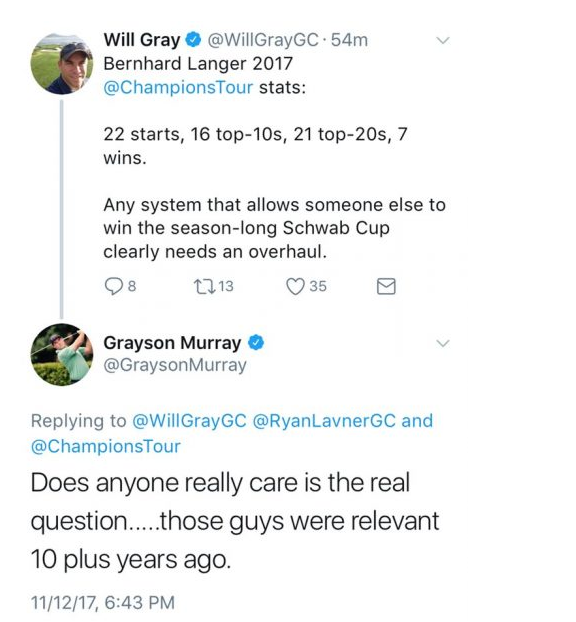