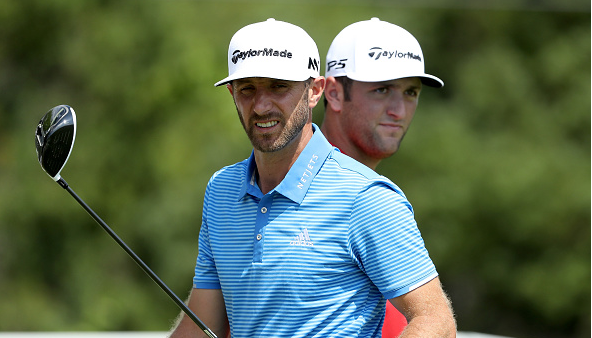 Taylormade has scored in the last couple of big-time Tour events, in terms of brand impressions and TV exposure.

First, Dustin Johnson and Jon Rahm were in the finals at the World Golf Championship-Dell Match Play – the only players on camera (along with Taylormade logos) for the afternoon marquee event.

Then in Sunday’s final round of the Masters at Augusta National – the most watched golf event of the year, it was Taylormade’s two other big stars, Sergio Garcia and Justin Rose who delivered the big league impressions.

And because Rickie Fowler and Jordan Spieth collapsed early, Rose and Garcia (and the Taylormade logos) had the millions of viewers primarily to themselves for much of the broadcast.

Not a bad couple of tournaments for the Carlsbad-BASED equipment maker.