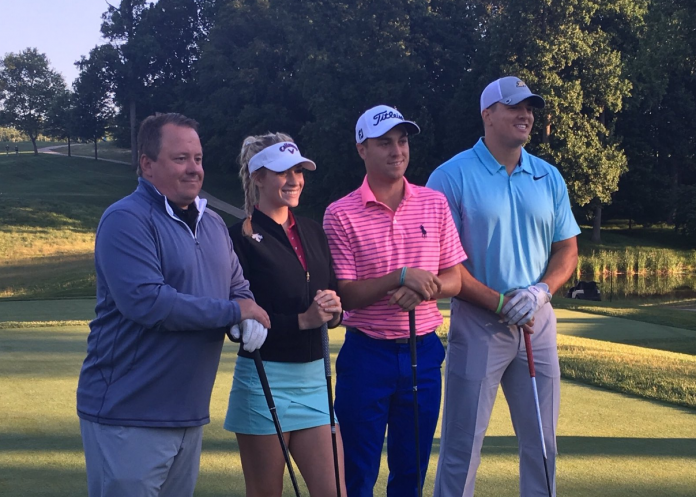 The opening-round of the Quicken Loans National at TPC Potomac has yet to tee off, but the tournament is already off to a superb start.

This morning, a few celebrities had the chance to tee off with players from the PGA Tour. The first group featured Justin Tomas alongside Paige Spiranac, a social media star, and linebacker Ryan Kerrigan of the Washington Redskins.

Additionally, pro Daniel Summerhays also teed it up with members from the Washington Capitals including defenseman John Carlson and forward Justin Williams.

Along with its huge emphasis on military appreciation, Quicken Loans National is sure to provide a memorable and heartwarming weekend for players and families in Maryland.

Why Paige Spiranac Split With PXG