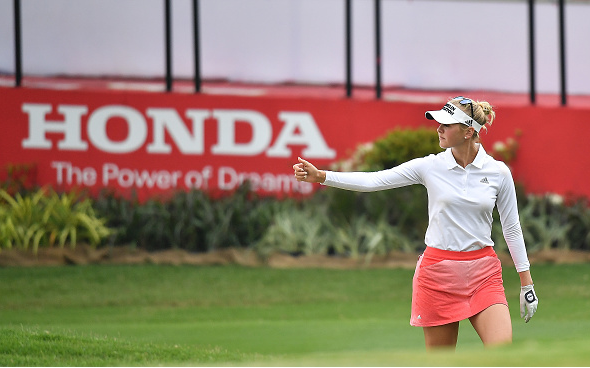 Jessica Korda carded a third-round 4-under 68 and will take a four-stroke lead over Moriya Jutanugarn into Sunday’s finale of the 2018 Honda LPGA Thailand. 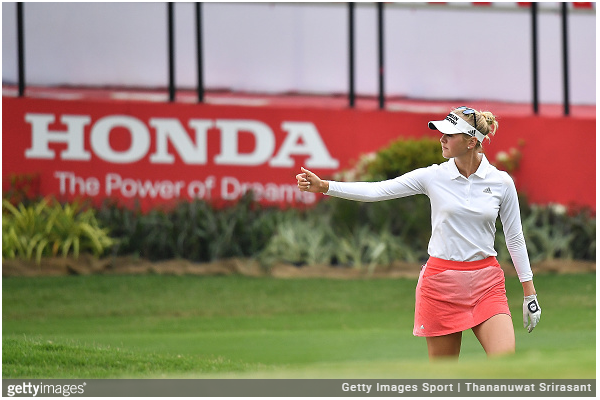 The overnight leader at 16 under, Korda got off to a slow start on Saturday at Siam Country Club, producing eight pars against one bogey to turn at 1-over 37. But starting on No. 11, aided by pinpoint accuracy and a red hot putter, the 24-year American reeled off five birdies (and one clutch par save) in a seven-hole stretch (11-17) to reach 20-under par.

“Being back, it just takes you a little bit of time. I was hitting okay shots and just the putts weren’t falling.

“Then one fell and kind of started to open the door a little bit. I think that’s just what I got to keep doing, is not trying so hard and let it come to me.”

Thai native Jutanugarn, who will be paired with Korda in Sunday’s final group, got her round off to a horrific start, dropping three bogeys on Nos. 2, 4, and 5. She turned things around, though, with a hat trick of birdies on 6, 7 and 8 to get back to 10 under.

A sizzling homeward nine, comprised of four more birdies and a hole-out eagle (No. 14), had the 23-year Thai signing for a low-round 65, and a three-day total of 16-under par.

“I really enjoy my game today and just trying to keep playing, like just doing what I want to do, and it’s working out pretty good,” said Jutanugarn. 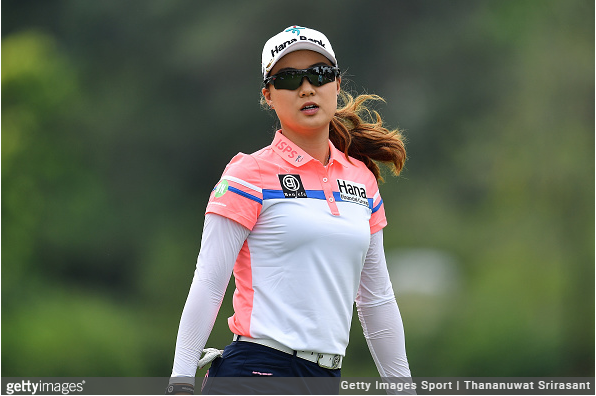 “I’m hitting it pretty solid. Just at the start I probably had a little bit of a slow start. Didn’t really hole anything on the greens, but got it going a little bit. Just fed off Jess (Korda) pretty much on the back nine,” said Lee.

Ariya Jutanugarn eagled the par-5 18th to match her sister’s low-day 65, and move into fourth-place at 14 under par, one shot clear of Lexi Thomson (69), who sits alone in fifth at 13-under par.

One further back was defending champion Amy Yang (68) of Korea, along with Americans Nelly Korda (65) and Michelle Wie (69). The trio sit T6 at 12-under par.

Video highlights of Jessica Korda’s third-round 4-under 68 at the Honda LPGA Thailand.

“I love seeing her [younger sister Nelly] name up there. I think that also lights a fire under my butt a little bit as well.”