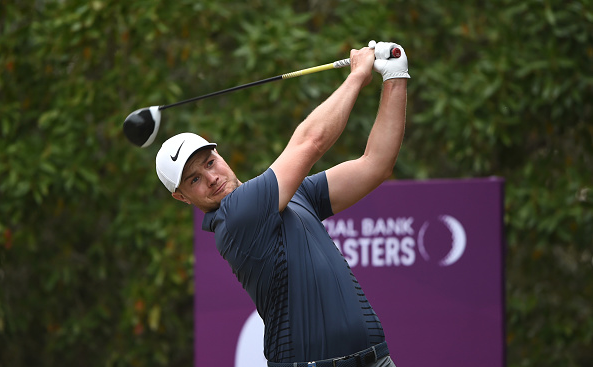 Englishmen Oliver Fisher and Eddie Pepperell will head into Sunday’s final round of the Commercial Bank Qatar Masters with a share of the lead at 16-under par. 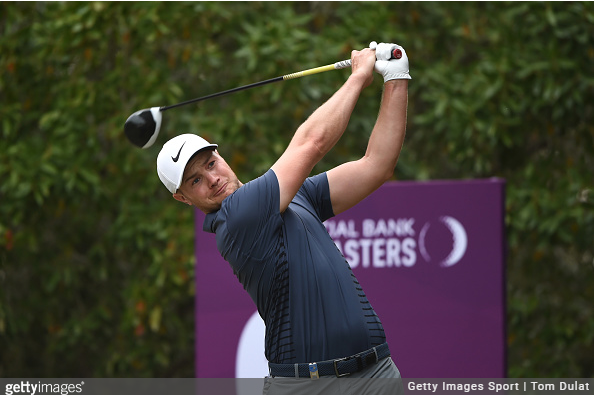 “I gave myself some chances coming in and thankfully I made them,” said Fisher, who will be seeking his second career win on Sunday, but first in seven years (2011 Czech Open).

“We’ve still got one round to go, a lot of golf to be played out there but I’ve certainly put myself in a good position. The most important thing for tomorrow is to go out and enjoy it. I’m good friends with Eddie [Pepperell] so hopefully we’ll have a bit if fun out there.”

Pepperell, meanwhile, made late birdies on Nos. 16 and 18 to post a 66, and match compatriot Fisher for the top billing in Doha, Qatar.

“I hit a lot of good shots, I maybe lost a little feeling through the turn, but I bounced back nicely and I didn’t let it bother me,” said Pepperell, who is still in search of a win on the European Tour. 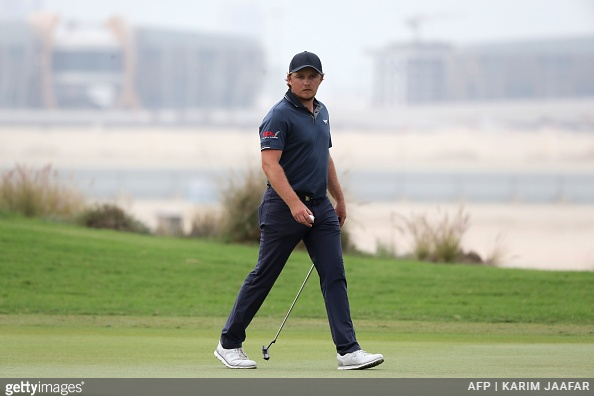 “I am looking forward to it. I’ve committed to some swing feelings today that have been really good and my whole game feels like it’s there. Mentally I feel like I’m up for it – I wanted to lead today and I didn’t want to be behind the leader.”

The English duo were two clear of American Sean Crocker, who shot a 5-under 67 to sit solo-third at 14-under par.

Two shots further back were the Italian duo Lorenzo Gagli and Andrea Pavan, who posted matching 67s to sit T4 at 12 under, alongside Frenchman Grégory Havret (70), England’s David Horsey (65) and Swede Marcus Kinhult (67).

Englishman Chris Wood (68) headlines a logjam of seven players at 11-under par.

Eddie Pepperell chunks his third and fourth shots into the rocks guarding the green at the par-4 12th, and then, naturally, holes-out for a bogey 5.

“Oli [Fisher] is a good friend of mine although he is a closer friend of Rory McIlroy apparently! He’s a good lad so it’s going to be great to be out with him and Sean [Crocker], who I think will definitely be 50 yards past me on most tees but we can deal with that.”
-Eddie Pepperell