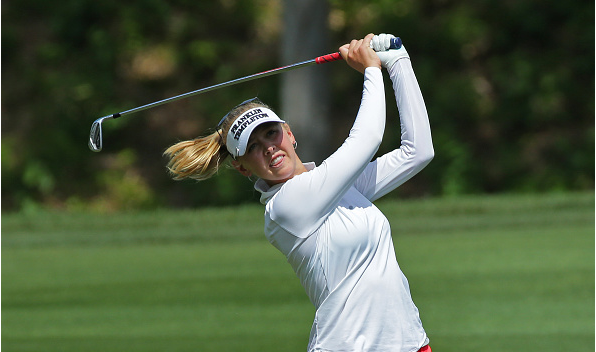 Jessica Korda fired a course-record 10-under 62 on Friday at Siam Country Club and leads the Honda LPGA Thailand by four shots after two rounds of play. 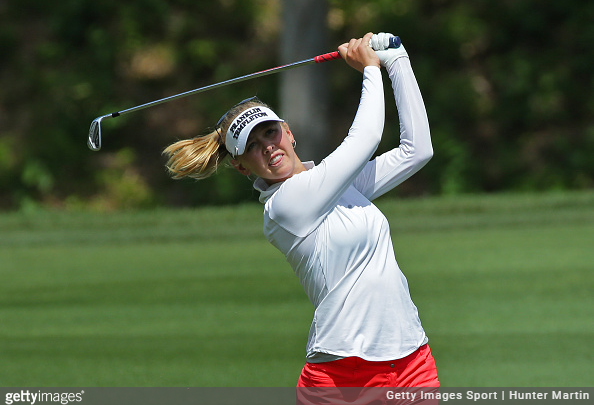 Korda, who held a share of the 18-hole lead, closed her second round about as hot as the 90-degree temps in Chonburi, Thailand, as the 24-year old American finished her final six holes birdie-birdie-birdie-birdie-par-eagle to reach 16-under par, and set a new 36-hole tournament record.

“I struggle on this course every year, but this year I have a whole new outlook with everything I’m doing,” said Korda. “It’s awesome. I was just trying to give myself a chance. It was pretty cool, a pretty cool round.”

Korda, who had offsesason jaw surgery which required 27 screws, will head into the weekend with a chance to capture her first Tour title since the 2015 Sime Darby LPGA Malaysia.

“Basically, I had double jaw surgery,” said Korda. “I have a couple screws in my face. I still can’t feel anything. No pain at all on the course, just numb. The headaches are gone.”

Brittany Lincicome finished with eight birdies and an eagle to offset one bogey, and stands in second at 12 under.

“It was great out there, me, Jess (Korda) and Brooke (Henderson) were doing well and feeding off each other,” said Lincicome. “It’s nice to see the ball going straight and the ball going in since it’s only my second event of the year.”

After opening rounds of 66 and 67, Minjee Lee sits alone in third at 11 under, one clear of Lexi Thomson, who received a two-shot penalty on the 15th for moving a temporary immovable obstruction and dropped from 12 under to 10 under.

Thai native Moriya Jutanugarn, who also held a share of the first-round lead, shot 69 to sit T5, alongside Brooke Henderson (68), and Michelle Wie (67), at 9-under par.

One further back, at 8-under par, was defending champion Amy Yang and Meghan Khang, who posted matching 69s, good for T8.

Video highlights of Jessica Korda’s record-setting (62) performance in round two of the Honda LPGA Thailand.

“It’s awesome. I was just trying to give myself a chance. It was pretty cool, a pretty cool round.”
– Jessica Korda