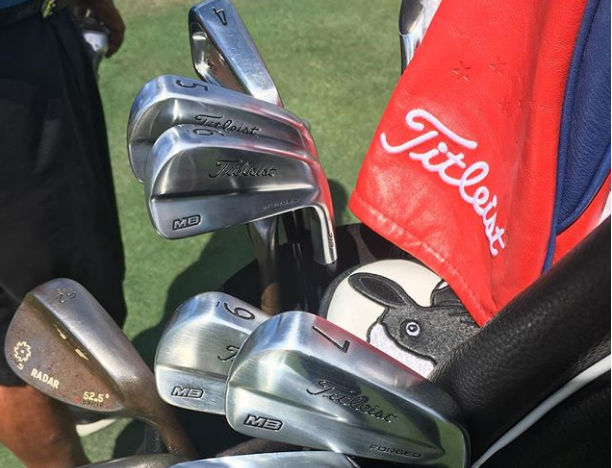 It has been quite the rollercoaster ride for Justin Thomas over the last couple weeks. After an impressive record breaking 63 in round three of the U.S Open, Thomas followed up with an abysmal 75 to finish the major tied for 9th.

It seems as though the poor performance of the final round caught up with Thomas, as he played the first two rounds of the Travelers Championship to 73-72, and missed the cut.

Looking to get back on track for the upcoming Quicken Loans National at TPC Potomac at Avenel Farm, Thomas took to Instagram to show off his new and improved equipment, the Titleist 718 MB irons. The four-time Tour winner called his new clubs “scary good.”

Pretty easy transition to the new @titleist 718 MB's.. the new line up of irons are scary good!

While it’s been a tough few rounds for Thomas, we know the world’s top players can turn it around on a dime. Rory McIlroy, for example, struggled for three rounds down at TPC River Highlands, trying out different putters, but finally found one to his liking on Sunday, and produced his best round of the season, a 6-under 64.