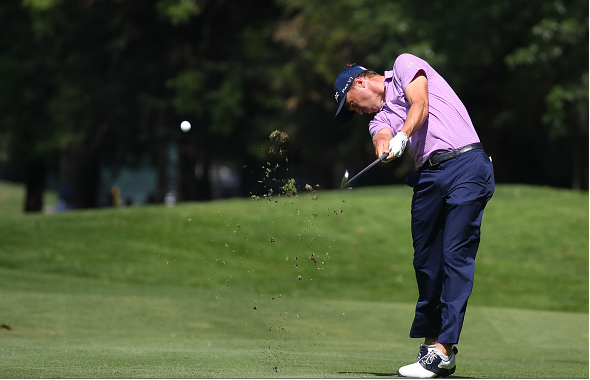 Justin Thomas fired a course-record 9-under 62 to move from T38 to solo 10th, and just four off the lead heading into Sunday’s final round. 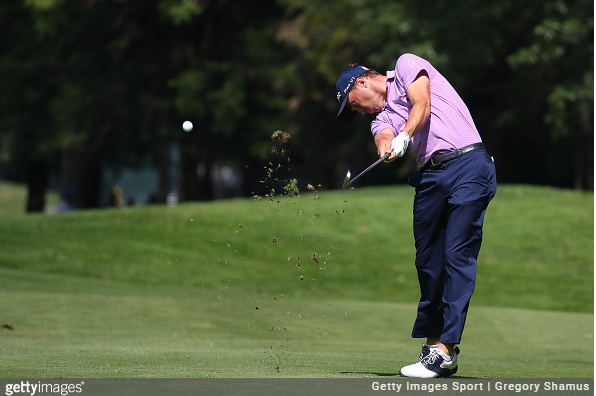 Starting on the par-4 10th, Thomas made eagle 2 right out of the gate and then reeled off eight birdies against just one bogey en route to a 62, eclipsing Jordan Spieth’s 63, set in the third round last year.

“I finally hit some good shots, got off to a good start. But really, being in the second group out I had some pretty nice greens out there versus some of the other groups,” said Thomas.

“I made some putts. I haven’t read the greens very well the first couple days and I definitely wasn’t hitting it well enough, but today, if it’s such a thing as a low stress or easy 9 under, it definitely was.”

Thomas, the 3rd-ranked golfer in the world, has as a history of going low. Last season, in the first round of the Sony Open, he became just the seventh player in history to shoot 59 in a PGA Tour event. Five months later he broke Johnny Miller’s long-standing U.S. Open record, firing a 9-under 63 in the third round at Erin Hills.

Thomas will be paired with Tony Finau and Marc Leishman on Sunday.