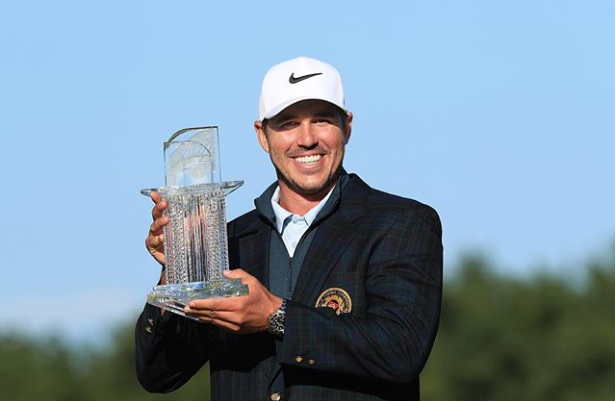 We don’t normally cover the tours beyond the U.S. PGA, European PGA, PGA Champions, and the LPGA.

But U.S. Open champion Brooks Koepka played in the Japan Tour’s Dunlop Phoenix Tournament over the weekend and absolutely blew away the field.

And the golfers teeing it up at Phoenix Country Club in Miyazaki, Japan weren’t a bunch of tomato cans either, as it included PGA Tour Rookie of the Year, Xander Schauffele, World No. 5 Hideki Matsuyama, and 2017 Tour winner Wesley Bryan.

Koepka opened with a low-round 65, and never relinquished the top spot, carding 68-64 in the mid rounds, then closing with a 67 on Sunday to win by nine strokes and successfully defend his 2016 title.

The win was worth 32 Official World Golf Ranking points, which moved Koepka from No. 10 to 7.

Another fun week in Miyazaki! Great sports fans and a really good course.