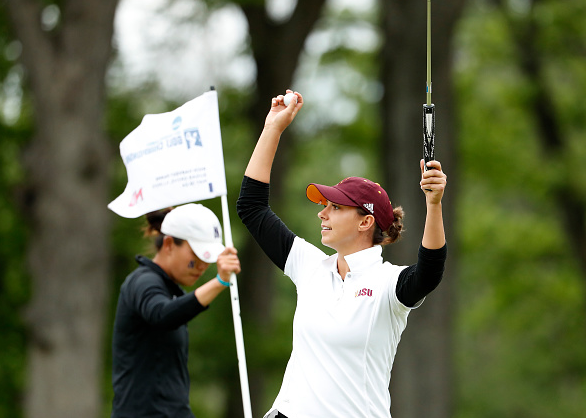 While the biggest star of LPGA Present (Lydia Ko) is making news for taking time off, another talented female golfer, who could be a big part of the LPGA’s future, is deciding whether she even wants to go professional.

Monica Vaughn, a star collegiate golfer who just won the NCAA individual title, and was the best player on the Arizona State team that won the NCAA team title, could not have asked for a better end to her senior season.

Vaughn unquestionably has the talent to go pro, but at least for now, she is keeping her amateur status.

“I can’t say I’m 100 percent going to do it,” she said. “But it’s there if I want, I think. I want to make sure that I do it for the right reasons and not because someone else wants me to do it or because it’s the only thing I’ve ever done. I want to do it because I love golf and I want to practice and improve and be the best player I can be. At the moment, I just want to have fun and relax.”
–Monica Vaughn