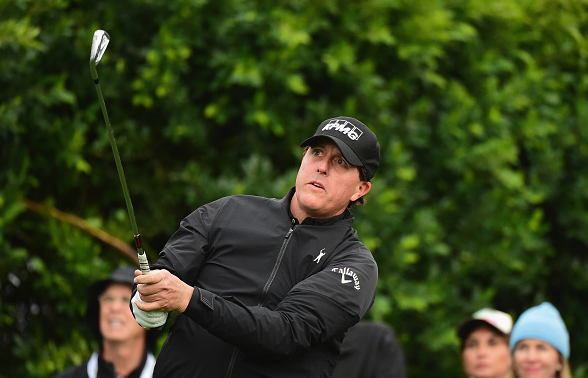 Phil Mickelson made his 2017 debut at PGA West in La Quinta for the CareerBuilder Challenge, and 5-time major champ unveiled a (secret) new logo.

On Mickelson’s shirts, and outerwear, there’s now a silhouette of Phil’s famous jump at Augusta when he made a birdie on 18 to win his first major at the 2004 Masters Tournament.

It appears Phil Mickelson is rocking a logo this year representing his 2004 Masters leap on the 18th green (via @GettyImages) pic.twitter.com/mz7OpPNHms

Mickelson was asked about the logo after his first round, and said, “We’ve been working on something that we’ll be involved with later in the year that I’m not really ready to talk about, but it’s just been a fun off-season. Although I’ve had surgeries I’ve been able to spend time with my family and kind of plan for some things in the future, and it’s been really an exciting time.”