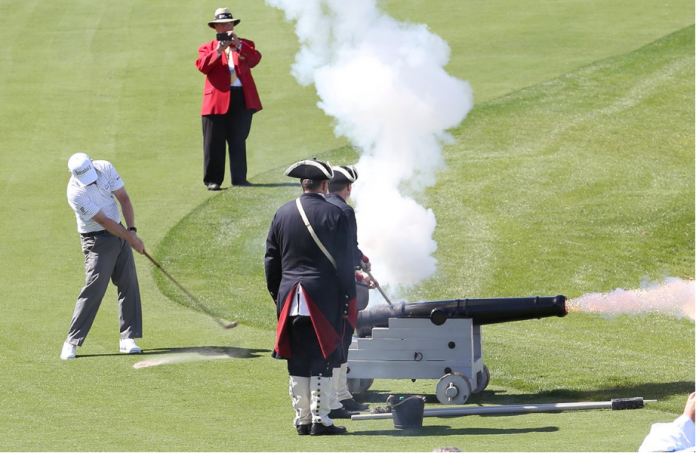 The 49th annual RBC Heritage started with a bang. Literally.

As part of the opening ceremonies, defending champion Branden Grace launched a golf ball into the Calibogue Sound in unison with a cannon shot. Those two shots officially begin tournament week at Hilton Head.

“Man, its good to be back. This is such a special place for me. Hopefully I can defend my title well this week,” said Grace at the ceremony.