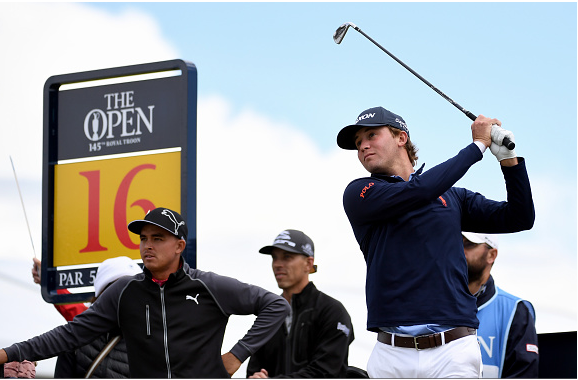 Pro Golf Weekly has started a new feature where we shed some light on the 2015 Web.com Tour Graduates as well as all the Rookies on tour. We begin with highlighting the best performance by a graduate or a rookie in the previous week’s event. We’ll also mention top finishes by such players.

With the FedEx Cup Playoffs around the corner, we’ll keep a close watch on their rankings. And we’ll finish it out with the top ranked players in a particular statistical category.

Of the 50 Web.com Tour Graduates, 15 are considered rookies. The Rookie of the Year race is led by Smylie Kaufman, who won the Shriners Hospital for Children Open. He ranks 19th in the FedEx Cup standings.

Ricky Barnes notched up his 3rd Top-10 of the season in 25 starts at the RBC Canadian Open last week. For the second time this year, Barnes was in contention but couldn’t get the job done. Earlier this year, he led the Valero Texas Open through three rounds but eventually finished 4th. Although he struggled big time off the tee, hitting just 40% of the fairways, his iron play was superb and ranked T-3 in Greens in Regulation for the week.

Barnes is in a comfortable position in the FedEx Cup standings and ranks 74th. Barnes is most famous for letting go of the 2009 US Open title. Leading after 54-holes, Barnes shot a final round 6-over to finish runner-up to Lucas Glover. In his 231 starts on the PGA Tour, he’s yet to win.

Smylie Kaufman and Emiliano Grillo headline the field this week at this season’s final Major. Grillo is coming off a string of good finishes, including a T-12 finish at the Open Championship. Kaufman has made just three cuts in his previous eight starts, and is certainly looking for some momentum going into the Playoffs. Anirban Lahiri from India will be looking for some inspiration from his T-5 finish at Whistling Straits last year.

Stat of the Week: Driving Distance