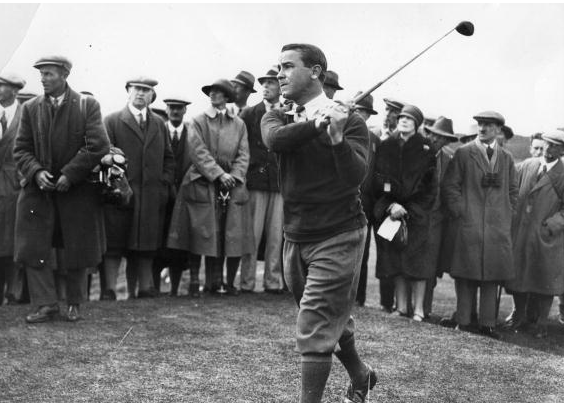 Today, we count down the 10 Greatest PGA Champions of all time.

Five of Walter Hagen’s major victories came at the PGA Championship, and all in a seven year span. Hagen is without out a doubt the greatest player of the Match Play era of this championship. The only reason Hagen’s wins aren’t as highly regarded is because his greatest opponent during this era, Bobby Jones, never played the PGA Championship due to his amateur status.

Tiger Woods’ career has always been about peaking for the majors. To go along with his four wins at the PGA Championship, he also has two runner-up finishes and two other Top-10s. He would have made it five wins, had he not lost in 2009 when he went into the final round with a 2 shot lead, only to shoot 3-over par and lose out to YE Yang.

Another three-time winner of the PGA Championship is Sam Snead. Before winning his first championship 1942, Snead had already lost in the finals twice. Although Snead never won in the Stroke Play format, he still posted eight Top-10 finishes. Even at the age of 62, Snead was highly competitive and finished T-3rd, three-strokes behind winner Lee Trevino.

One of five career Grand Slam winners, Gene Sarazen won the first of three PGA Championship at the age of 20. He also reached the quarter-finals on nine other occasions. In 1930, he lost to Tommy Armour in the finals. A little known factoid about Sarazen is that he’s said to be the inventor of the modern Sand Wedge.

Probably the greatest ball striker of all time, Hogan’s first major was at the PGA Championship, which he won in 1946. He also won in 1948. Following his life threatening accident in 1949, Hogan opted out of the PGA Championship quite often. The primary reason was that Hogan struggled to walk more than 18 holes a day, and during the Match Play years, players were required to play 36 holes in a day on more than one occasion.

Two-time PGA Champion Byron Nelson could have won much more if it wasn’t for his early retirement. In the nine times he played in the event, he reached the quarter-finals each and every time and lost in the finals three other times. His 1945 PGA Championship victory was part of his 11 consecutive win streak that year.

The only non-American to achieve the career Grand Slam, Gary Player won two PGA Championships, with his PGA wins coming 10 years apart. His second win, in 1972, was courtesy of a “miracle” 9-iron shot. Coming off bogeys on 14 & 15, Player pushed his drive on the 16th and had somewhat of a shot over a willow tree and a pond. He went for it and it landed four feet from the pin. Player eventual won by two shots.

The last two of Lee Trevino’s Major victories came at the PGA Championship. One of Trevino and Nicklaus’ classic final round battles took place in 1974, in which the Merry Mex triumphed. Trevino was struggling with his putter, so just days before the tournament he switched to a new putter, which he found in the attic of the house he was renting for the week.

Rory McIlroy is the most recent winner in this list having won in 2014 to go along with his 2012 title. In seven starts at this event, including his two wins, he has 4 Top-3s and 5 Top-10s. The PGA Championship might not be his favorite major, but his records certainly say otherwise.