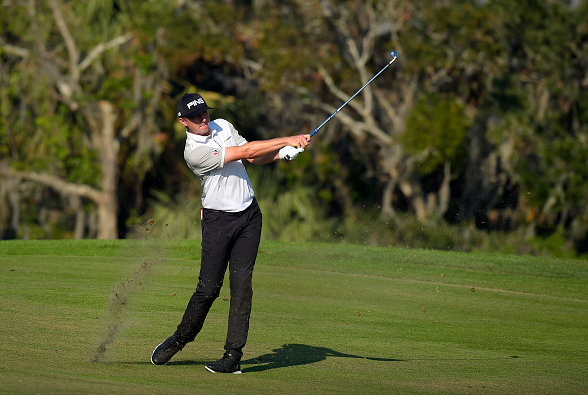 The first round of the RSM Classic has concluded with Mackenzie Hughes atop the leaderboard. The PGA Tour rookie carded a 9-under 61 at the Seaside Course.

Stewart Cink and Jonathan Byrd each find themselves one shot back after opening with 62s. Rounding out the top 5 are Cameron Tringale, Kyle Stanley, Hiroshi Iwata and Blayne Barber who finished at 7-under par.

As the 555th ranked player in the world, Jonathan Byrd is coming off of a missed cut at the Shriners Open. However, the five-time PGA Tour winner ended up carding a bogey-free 8-under 62 in round one, topping his previous six rounds by one stroke.

After making the turn at 3-under, Byrd turned it on during the back nine, with birdies on 5 of his first 7 holes.

D.J. Trahan and Steven Bowditch both find themselves 16 shots back of the lead after carding opening round 77s. Despite a day where scoring was prominent, both Trahan and Bowditch could not limit their mistakes and will needs record-shattering performances on Friday to make the cut.

Shots of The Day

Ryder Cup Vice-Captain Jim Furyk had himself a day to almost-remember on the course. Furyk lipped out a hole-in-one on the 208 yard par-3 12th, then trickled his second shot on the par-4 18th right past the edge of the cup.

It would’ve been the perfect ending.