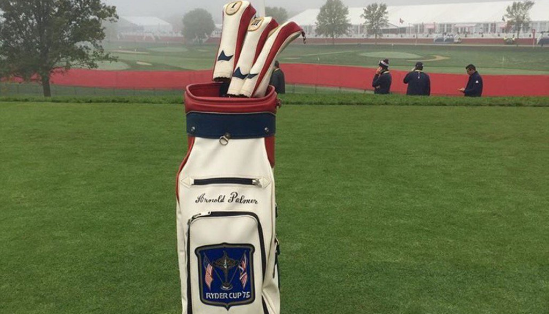 A nice tribute The King from the Ryder Cup.

This is Arnold Palmer's golf bag on the first tee at Hazeltine. It is from when he was… https://t.co/nw00GpOhWM pic.twitter.com/thnG3XnJrj

Arnold Palmer's #RyderCup bag with pride of place on the first tee. pic.twitter.com/teTHTVUr9i

Arnold Palmer was a Ryder Cup captain twice, and played in event six times. Palmer holds the USA record for best point percentage with a  22-8-2 record.

Hopefully this will serve as inspiration for the Americans and lead them to victory.