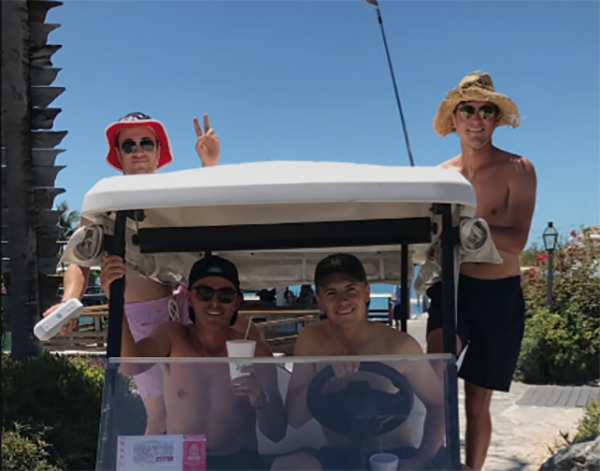 The foursome of Jordan Spieth, Rickie Fowler, Justin Thomas, and Smylie Kaufman have returned to Baker’s Bay in the Bahamas for an encore of their spring break golf vacation.

Get ready for a week of #SB2K17 related posts of the boys yukking it up shirtless and doing stupid stuff on Snapchat.

This was the kickoff/announcement post. It appears Rickie kicked up his social game a notch and hired a graphics person and all (as if he can’t afford one). Stay tuned for a ton more of #SB2K17 content throughout the week.

This text is a screen grab of Rickie and Rory going back and forth. (Rory declined.)

Good set up for Jordan…hanging back a bit on his follow through though #sb2k17 pic.twitter.com/5OYvgshyFb