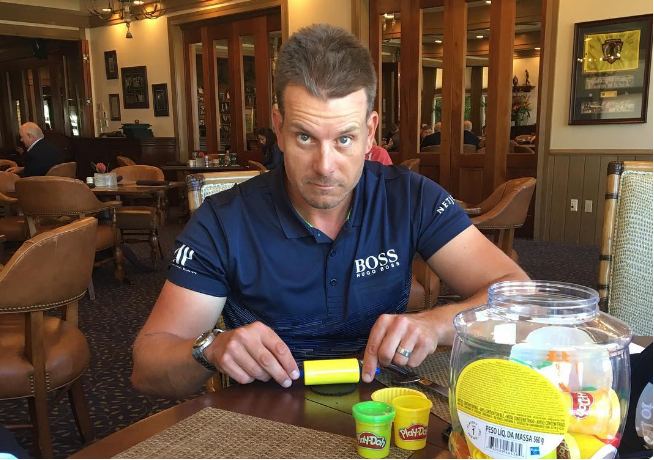 Henrik Stenson has played superbly at Bay Hill the last several years – highlighted by three straight top-5 finishes (2014-2016). So it was only natural that the 40-year-old Swede was considered one of the heavy favorites this week at the Arnold Palmer Invitational.

But after an opening round 3-over 75, Stenson will need to play much better on Friday just to make the weekend.

Or as he posted, jokingly, while rolling some play-doh, “If I don’t score better tomorrow this might be the only “doh” I’ll be making this week.”

If I don't score better tomorrow this might be the only "doh" I'll be making this week. H

Stenson started out on the 10th hole this morning, playing in one of the marquee groups (with Hideki Matsuyama and Justin Rose), and went bogey-bogey on the first two holes.

Birdies on the 3rd and 7th holes brought the reigning British Open champ back to even-par, but a double-bogey on 9, followed by a bogey on 10 ended any chance at a decent round. Stenson would par his way into the clubhouse over the final 8 holes to end at +3 and T90.