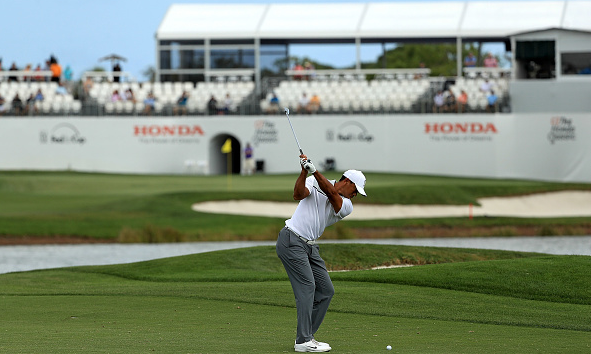 The most closely-followed golf story of 2018 has been the long-anticipated return of Tiger Woods to competitive golf after an agonizing year-long injury sabbatical. 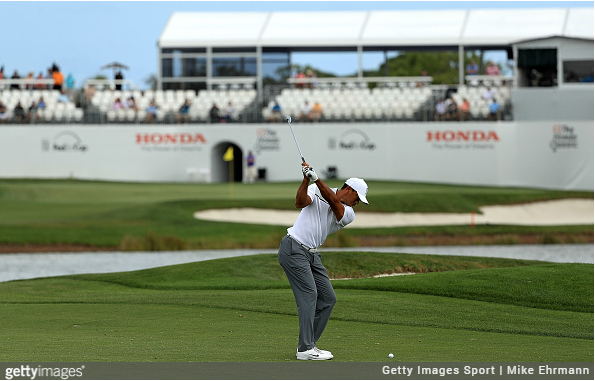 His first official tournament back was a rousing success, as he posted a T23 at the Farmers Insurance Open three weeks ago, and more importantly, showed no ill effects from his past injuries and procedures. The second event of his return went… not quite so well.

At last week’s Genesis Open, Tiger shot opening rounds of 72 and 76 that included 12 bogeys and a double bogey. He was 6-over through 36 holes, three strokes below of the cut line, and struggled especially on the greens.

“I didn’t feel good warming up when I was warming up for Friday’s round with my putter. I had terrible speed and it showed,” said Woods, who finished 1.8 Putts per GIR.

“I got exposed there on the back nine with three 3-putts.”

Last week was not all bad for Tiger, however. He had five first-day birdies, and was more accurate off the tees than he’d been at Torrey Pines.

Tiger felt well enough physically after two rounds in L.A. to commit to The Honda, marking back-to-back starts for the first time since August 2015.

The frequency of play, though, may be the best medicine of all.

“I’m starting to get that feeling again of playing tournament golf, where you know, each and every shot counts,” said Woods.

“But now playing tournament golf, I’m starting to get into that flow again. I missed it, and it’s becoming familiar again.”

Like last week at Riviera, PGA National is one of the few places Tiger has come up empty. He has only played the Honda Classic three times, finishing runner-up to Rory McIlroy in 2012, a T37 in 2013, and then in 2014, back spasms forced a WD during the fourth round, the day after posting an impressive 5-under 65.

If Woods is going to make the weekend, he will need to be much more consistent on the greens than he was at Riviera.