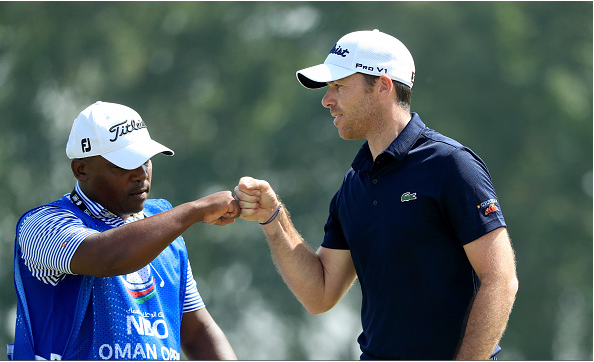 Joost Luiten, Julien Guerrier and Matthew Southgate share a one-shot lead heading into the final round of the NBO Oman Open. 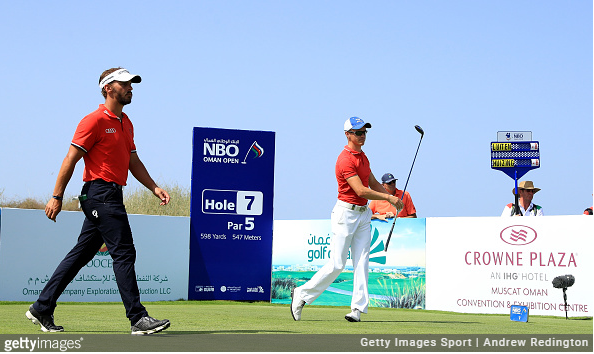 But with 13 players separated by just five shots, a final-round shootout could be in the works at Al Mouj Golf, the Greg Norman-designed track that flanks the Indian Ocean.

Guerrier and Southgate will both be looking for maiden victories on Sunday, while Luiten will be seeking his sixth European Tour title, but first since the 2016 KLM Open.

“I know my game-plan and I know what to do around this golf course,” said Luiten, who finished T11 in his last start two weeks ago at the Maybank Championship.

“You need to be a bit patient and wait for your chances. If I can hit my irons like I did today, there will definitely be some birdies.”

Guerrier, the 32-year old journeyman, who has toiled mostly on the Challenge Tour, is hoping this experience helps him stay in the big leagues. 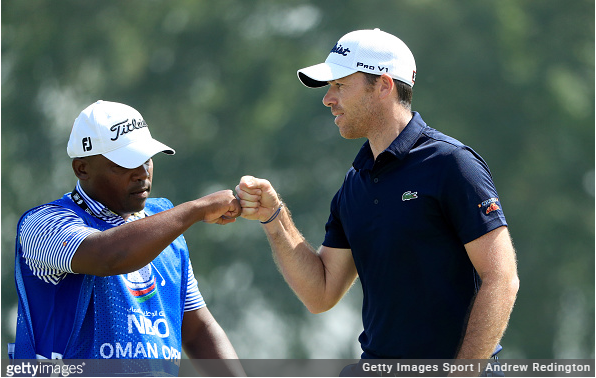 “The players out here on the European Tour are really good so you have to push, always and if it’s your week, it’s your week,” said Guerrier, who owns a world ranking of 207.

“Right now, it’s going well for me so we’ll see. I have to do the same tomorrow. I want to work in these conditions, under pressure, to see how I’m feeling.

“I try to improve every day, I’m still fighting and I want to stay on the European Tour.”

The 29-year old Southgate, meanwhile, who has been near the top of the leaderboard after each of the three rounds (T1, 2, T1), finished his third day in Muscat with seven birdies, and none bigger than the one that followed a double bogey on the par-5 7th hole. 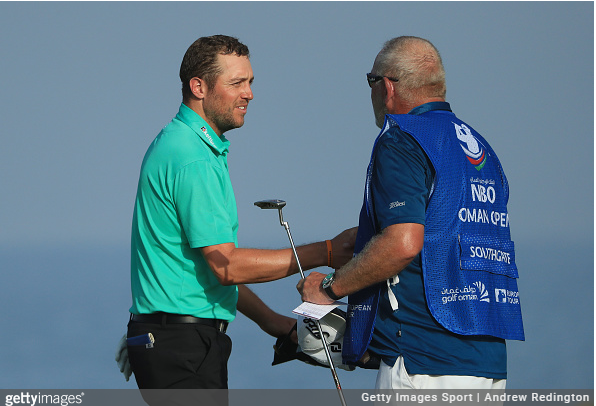 “The birdie at nine was big. It takes a big heart to hit shots like that because a part of you wants to go and hide in a corner and cry,” said Southgate.

“People say to you, ‘keep going’, but I’m not going to walk in! You can do two things, you can hide behind your caddie and sulk and knock it around in level or over par, or you can take it on the chin, rise up to the challenge and try to hit good golf shots.

“That’s something I’m really of proud of having done today because it’s very hard to get out there and keep going but that was definitely a turning point at nine.”

Alone in fourth-place is Englishman Chris Wood, who sits at 11 under, one clear of Spaniard Adrian Otaegui (66).

Another Frenchman in Alexander Levy was one further back at 9 under.

Overnight leader, Matthieu Pavon, also of France, shot a 3-over 75 and dropped to T7, alongside England’s Andrew Johnston at 8 under.

Chris Wood cuts his tee shot too much on the par-4 18th hole at Al Mouj Golf, but gets an assist from the rocks on the right. The announcer, though, is even better: “Oooh, that’s a big cutty one. Should be alright, I think… or is it. Mmmmaybe not. Ahh there it is.”